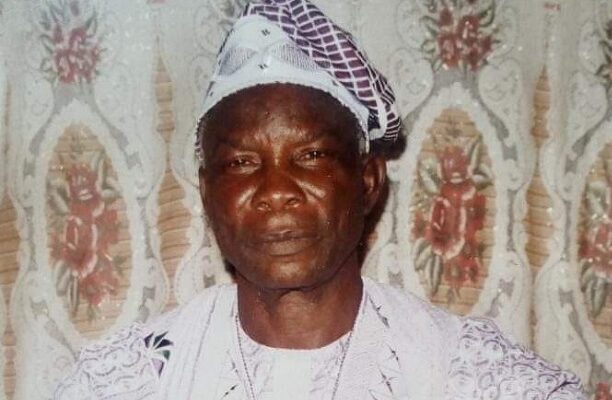 The remains of late Pa Amos Oyewole Saliu has been laid to rest in his country home, Ogori, Ogori-Magongo local government of Kogi state.

At his funeral service held on Friday at the Cathedral Church of St. Peter, Ogori, Venerable Edward Adegbola described the Late Saliu as a truthful man who loved and lived for peace.

Taking his text from the book of Numbers 21:1-9, Venerable Adegbola called on the congregation to focus on Jesus so as to gain their salvation just as the Israelites looked up to the brass snake that healed them of snake bite in the wilderness.

He then urged the children of the deceased to live in unity in order to keep alive, the legacy of love which Baba left behind.

Speaking with our reporter, a respected elder in the community, Mr. Emmanuel Bola Boro said Pa Saliu, who died on October 3rd, 2021 at the age of 87 years, was a very successful man, he was loved by everyone because of his uprightness and benevolence.

“He called a spade a spade irrespective of whose ox is gored. Pa Saliu lived a good life. He was a peace maker and a leader of great repute,” he said.