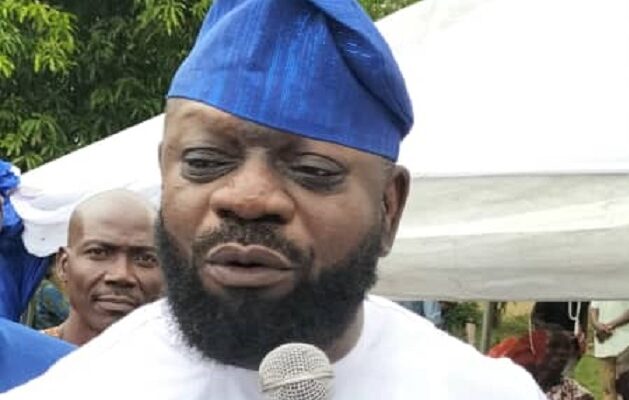 A philanthropist, Mr. Richard Abayomi Osaseyi has agreed to be the Chief Launcher of the 2022 edition of Iyara Cultural Day in Ijumu Local Government Area of Kogi State.

This is contained in a statement by the National President of Iyara Development Association (IDA), Alhaji Aliyu Badaki and the Director General of Iyara Day, Mr. Samuel Olorundare and made available to journalists in Lokoja, the state capital.

Richard hails from Okoro Gbede in Ijumu Local Government Area of Kogi State and he is the seventh of 10 children. His Father, the late High Chief Abraham Olorunmaiye Osaseyi was popularly known during his lifetime as ‘Baba li Kano’ because of his long sojourn in the northern state and thus Richard also earned the nickname ‘Omo Baba li Kano’.

He started his primary education at Oro Nursery and Primary School in Oro, Kwara State before proceeding to Aunty Lucy Nursery and Primary School Kano State, where he obtained his First School Leaving Certificate in 1988, after which he proceeded to Okoro Gbede High School (OGHS) to commence his secondary school education due to the standard portrayed by the school as one of the best in then Kwara State at that time, before the creation of Kogi State on August 27, 1991 by former military president, General Ibrahim Badamasi Babangida (Rtd).

His parents, who were of the firm belief that education is the bedrock of every child’s future and legacy of most parents to their children, ensured that young Richard was well grounded and given a good opportunity to advance his educational career by enrolling him for an A levels IJMB certification at the Federal University Dutsi-ma (formerly) Isa Kaita College of Education Dutsi-ma, Katsina State. This they did in order to strengthen his chances of getting into the university.

In 1998, Richard Osaseyi would enroll in the University of Calabar, in Cross-Rivers State to study Political Science for a period of four years.

In the year 2022, Richard Osaseyi formally launched and registered his foundation, which has been operational since 2013, as Osaseyi Foundation, to provide humanitarian support to the underprivileged, particularly in the areas of education, poverty alleviation, and other core areas as related to the United Nation’s Sustainable Development Goals, and agenda 2030.

The Osaseyi Foundation brought to fore Richard’s passion to provide education to every child deserving of it and has put smiles on the faces of thousands of children across Kogi State.

His scholarship award schemes have been lauded as the very bane of humanity, bringing succor to parents and their children.

He also takes it a step further by encouraging and appreciating the people, who work tirelessly to set these children on the right path; the teachers.

Richard Osaseyi, popularly known by friends and associates as Richie, is happily married to Helen Baene Osaseyi and they are blessed with adorable children.