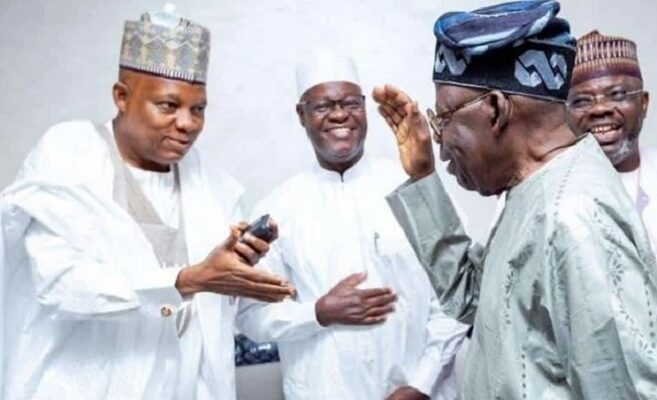 Many Nigerians, especially those not comfortable with the choice of Kashim Shettima as running mate to the APC standard-bearer for the 2023 presidential election, would have thought the ‘Jagaban of Nigerian politics’ made a bad choice of opting for a Muslim-Muslim ticket in a secular state as ours.

For Tinubu, the mission to make his ‘lifelong ambition’ a reality is not child’s play, but one that requires a lot of political calculations and risks to achieve.

When the APC candidate announced his choice of Ex-Borno governor as running mate, some political analysts might have just been proved wrong for their miscalculation in terms of the region the former would favour in his journey to Aso Villa; as some probably believed he would be considering someone from the Northwestern origin. Guess what? It was a well-calculated risk by Nigeria’s political strategist who many believed to be obsessed with a Muslim-Muslim ticket from the outset.

Of the lot, Tinubu is not a baby-weight politician as some schools of thought might have alluded to, but a political juggernaut as far as Nigeria’s politics is concerned. His choice of a Muslim-Muslim ticket might not be farfetched from his postulation that a Muslim/Muslim ticket “can work; competence is all that matters”. This is someone who in the recent past, forfeited the opportunity of becoming President Muhammadu Buhari’s running mate in 2015 for a student in his school of politics, Yemi Osinbajo.

“Tinubu as a seasoned political leader does not operate with logic or political niceties when looking for power. He goes for the expedient. Whatever produces results he will deploy it. Know this about Tinubu’s politics and know peace. Tinubu is not a Muslim fanatic. He is a typical Yoruba Muslim to whom Islam is a religion, unlike the Northern Muslim to whom Islam is life,” as quoted by Ochereome Nnanna in one of his columns titled Tinubu’s Muslim/Muslim ticket.

Yes, Tinubu might have just gone for the expedient by picking Shettima, a Muslim from the Northeast of the country as his running mate, but afterwards he cares more about his ‘lifelong ambition’ than ‘fairness and equity’. He is never bothered about what people say as long as he is coasting to victory in 2023. What really matters most is getting a strong VP candidate of Muslim background to be able to withstand the likes of Abubakar Atiku and Rabiu Kwankwaso of PDP and NNPP respectively. These qualities Tinubu found in the person of Shettima, who of course, is also a household name as far as regional politics is concerned in the Northern part of the country.

By and large, Tinubu understands the popular maxim ‘the majority carries the vote,’ meaning for him to win in 2023, he must consider available indices in terms of number. In this stance, the Muslims who dominate Northern Nigeria are believed to be more motivated than their Christian counterparts when it comes to electioneering.

Also, Muslims constitute about 50% of Nigeria’s total population and will be a great decider in terms of who to vote for and who not to be voted for. Though voter’s behaviour changes over time based on some factors and it is not sound reasoning to say a candidate will win the 2023 presidential candidate for picking a Muslim as running mate, however, Tinubu’s decision is considered to be one of his strategies to make a good bargain as far as the buildup to the presidential election is concerned.

On this note, one can only watch like the watchman and wait patiently for the interesting political days ahead.