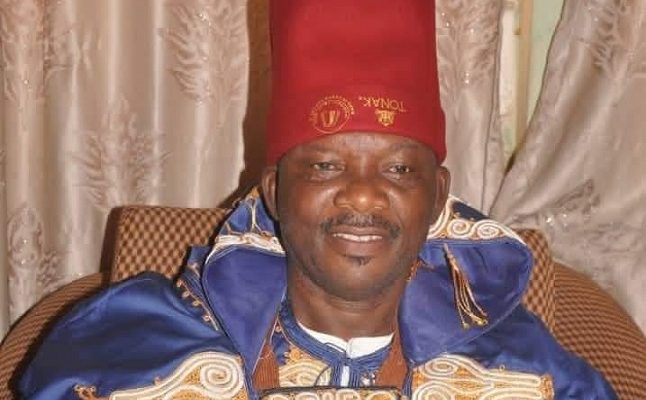 All roads lead to Ihima in Okehi local government area of Kogi state as preparations to install HRH. Jimoh Eneji Ahmed Ph. D as the new Obobanyi of Ohionwa clan are on top gear in Ihima.

The clan has reeled out programs befitting of the status of the clan and the installation of its traditional head.

In a press realese which was signed and made available to the press by Mallam Nasiru Salihu and Dr. Muritala Ochepa, Chairman and Secretary of Central Planning Committee for the Obobanyi installation ceremony, stated that the nearly one year event will be in phases.

The first phase, according to the organisers is going to be one weeklong and it will commence on Saturday, March 20th, 2021 at the Obobanyi of Ohionwa Palace, Oboroke, Ihima.

The release revealed that Ohionwa clan has slated many colourful activities for each of the days of the week. It is stated there in that the installation event will unfold with a procession that will snake through the streets of Ihima town, in a “search” for the Obobanyi designate. After finding the Obobanyi designate, and this could be in any part of Ihima town, a foremost Ebira masquerade, Ozuda(Ura) will lead the procession with the new monarch to the installation rites arena called Ida obanyi, located in a hilly part of Oboroke.

The organisers further stated that the new Obobanyi will move down the hill amidst the convivial procession, with Ozuda still the guiding mask by his side, to the Obobanyi palace as venue for the rest of the event. There at the palace venue, Obobanyi will be revealed to the general public to acknowledge cheers with his symbol of authority, the historical white Buffalo tail.

The installation will continue with rich musical displays for days. Masquerades will be out from every part of Ebira land as part of the coronation ceremony.

On the night of the Installation, Ozizireba, a singer night masquerade will enliven the night with songs and dances. On 22nd March, the popular Arijenu with its teeming votaries and other fans would visit from the land of the dead with messages in songs, dances, feasting and victories from the ancestors of the clan.

The Arijenu night promises to be one of the climaxes of the one-year long Obobanyi Installation event. More night singer masquerades can be added to the list. Nothing is foreclosed.

Ohionwa Youth Congress (OYC) members plan to enrich the Obobanyi installation with some colourful activities. Ogugu music procession involving women and men dressed in the Obobanyi installation attires is meant to make an Uka demographic statement. This outing is an important part of the installation festival. What can a man do successfully without lacing it with prayers? On March 26, Islamic and Christian prayers will be held in mosques and churches to seek help for the Obobanyi as he sits on the throne to work for justice, peace, unity, prosperity and renown for the land.

Dr Jimoh Eneji is the 13th Obobanyi of the clan. And he replaces the late Obobanyi, Jeremiah Akaava who lived to become the oldest monarch in the world.