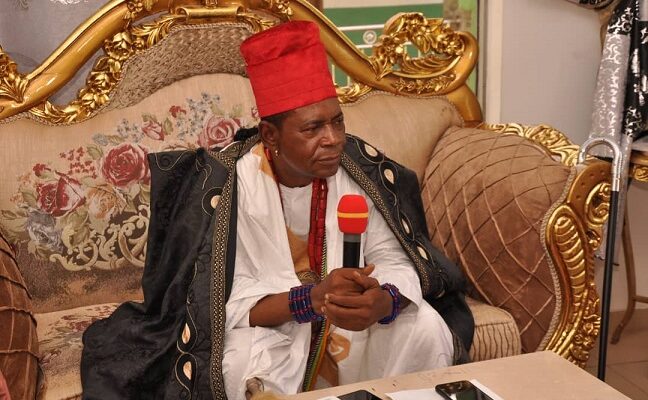 The board and management of the Kogi East Neighborhood Watch (KENW) has congratulated the traditional Chief Security Officer of the Igala Kingdom, HRM Mathew Alaji Oguche Akpa, (Gabaiduuuu), as he marks one year anniversary on the throne of his forefathers today .

This was disclosed to newsmen on Thursday in a statement by the secretary of KENW, Isaac Inah in Lokoja.

The statement noted that since HRM Mathew Alaji Oguche Akpa (Gabaiduuuu) ascended the throne of his ancestors, the land of Kogi East of the state has witnessed a serious de-escalation of criminality, particularly kidnapping and armed robbery incidents that bedevilled the region like a colossus for years.

“It is a common knowledge that the Itobe- Ojodu-Ochadamu -Ejule axis which used to be travellers’ nightmare is being demystified with his prayers.

“KENW is pleased that His Royal Majesty has remained committed to the security of his people, and has continued to pray that God blesses and protects the lives and livelihood of everyone from or living in Kogi East’, the statement read..

KENW prayed that God and his ancestors will continue to strengthen the hands of His Royal Majesty to bring peace, security and development to Kogi East in particular, and the entire State in general.