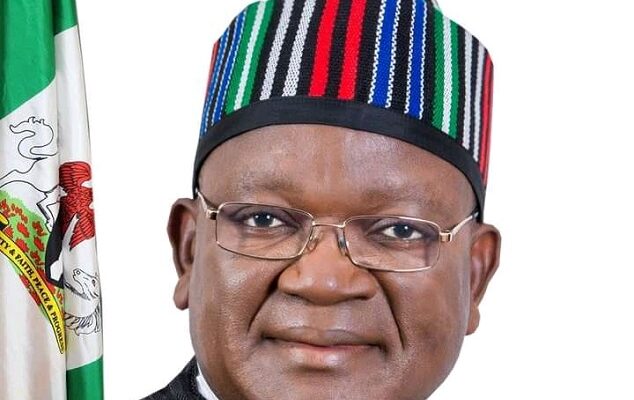 Nigeria’s middle belt has been spiked by a rise in herders/farmers violence, which since 2018 is regarded as even deadlier than the dreaded Boko Haram crisis.

This crisis and violence has killed more than 2,000 persons and this includes women and children.

Climate induced desertification in recent years has induced tensions forcing the Northern herders further south into the farmers territory, creating one of the world’s deadliest crisis, as both sides compete for scarce resources.

As the killings persists, the violence has been increasingly be framed as a religious crisis, since the majority of the herders are Muslims and majority of the farmers are Christians, especially that of Benue state in north central Nigeria.

These attacks has really been killing more than Covid-19 and the government of President Muhammadu Buhari has been doing well in finding a solution to it.

The truth is that in a country were the elites used every opportunity when there is a crisis to fan religious and political crisis and even tribal conflicts, this crisis is not an exception.

It is a shame that the recent speech by the Governor of Benue state, Samuel Ortom, on the herders/farmers violence ravaging his state and his resort to name dropping against the President because at this time he is the President of the country is a classical example of his little grasps of what causes the crisis we faced today.

It is true that many families are losing their sources of incomes as their crops are burnt by herders or eaten by their animals but for others it is even worse, their families and friends are dying.Such stories are repeatedly being heard in surrounding villages and most local governments in Benue state and most of the fertile land in the Middle belts.

Governor Ortom’s actions and utterances since he came to power has made farmers to portray the herders, which they regards as the Presidents brothers, as evil. This gives rise to suspicions and anger when they arrives as most of this actors are mostly illiterates. They are most than often victims in this conflicts exaggerated by the selfish elites like Ortom.

In Benue today, pastoralists are being killed daily by farmers because of this daily actions and utterances of the Benue state governor.

The herders have to move from point A to point B in search of greener pastures. But their cattle routes are often blocked by farmers who gets angry because of the negative perceptions being created by the undiplomatic Governor Ortom and the farmers most often attacks the herders.

When this attack takes place, there is no justice and this angers the herders who often resort to help in the process of defending themselves.This reprisals attacks by the herders is an endless spiral today in Benue legitimised by the actions of the state governor.

Today in Benue state, the nature of the pastoralists livelihoods makes them very vulnerable. Most of them are poor, uneducated and they are very rarely given a voice in public discourse. They are often scapegoated in the state. Why blame the President?

The truth that Governor Ortom must know is that farmers and herders have crossed path in the state for decades as pastoralists fulani have a long tradition known to all of moving from a point to another in search of water and grazing land during the dry season.

The two groups always managed to reach a mutual accommodation and co-existed peacefully before the Ortom’s administration. Why did things take an ugly turn during the tenure of Ortom? This is the general poser looking for answers from the Ortom administration and not President Buhari.

In recent years, climate change has altered that order.Increased drought and desertification in Benue State that Ortom’s government has refused to pay attention to, have made herders to move around more into conflicts with farmers, whose numbers have increased more in line with Benue’s booming populations.

Ortom should stop the recourse to the blame games and name calling against the President and face governance squarely because the people are no longer fools. Stop hiding your failures and stop the hate speech.

Climate change is the the most important variable in the analyses. Drought and desertification are the root causes of herders movement in the state. It has become very difficult to get fertile land and so make for competition. The state is today regarded as the food basket of the nation as it has very fertile land, the farmers want it for their crops and the herders for their cattle.

Ortom should be asked to stop stoking this violence for political gains. Ortom as governor has show that he is biased against the herdsmen with his signing of the state’s anti-open grazing law without making fundamental provisions that would have made no segments of the society feel targeted as the herdsmen feels today.

The Ortom administration needs to be very careful so that this crisis does not snowball into another Rwanda. He would be fine if he changes the present narrative of his people if he goes for the peace with the government of President Buhari to bring more development to his people rather than blaming the President whose only offence is the fact that he is fulani. Posterity would judge the President right and Ortom the governor who knowingly turned his state into a theatre of war and hatred.

On the accusations of lopsidedness in the appointments made by the president. The presidency have already put this matter to rest when it rolled out figures and statistics that have never been rubbished by even its harshest critics that shows the president has been fair to all. Ortom is an attention seeking politician who hides his failures by whipping up sentiments. It is good he is ignored.

The President we all know can never be happy with the killings in any state of the federation as he has stated clearly and severally too that he is a President for all. The President has expressed recently that he is pained by the accusations made by the governor and expressed his readiness to collaborate with the state government in making the state safer. As a show of good faith by the president, a federal polytechnic to be located in Wanune, in the heart of the Tiv land, was recently established for the state.

The recent perception that Benue has the characteristics of being a fail state should worry every law abiding citizen of the state especially the governor who is suppose to be the chief visioner of the state. The non payments of pensions and gratuity benefits to workers and retiree, lack of basic infrastructural facilities like roads, water, and sanitations is an early sign of the ineptitude of the Ortom administration.

The lives of fellow citizens have always been desecrated by Ortom who consistently deploy them for personal diatribe agains the President at any opportunity and this must stop.

The governors intent in his usage of this strong and emotional diatribe and hate against the President is known. Today, it is expected that as a governor who have a very important role to play in the protection of the lives of the Benue people, his role at this time is to collaborate with the commander-in-chief to catch the perpetrators of this heinous crime and bring them to justice. Enough is enough.