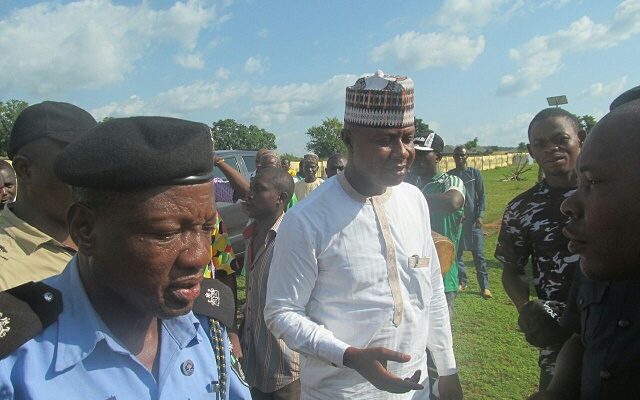 The order for stopped was described as an attempt to de-escalate renewed hostility of interest groups that has paralyzed economic and socio-cultural activities in Bagana community.

This was disclosed by Isaac Inah, the secretary of Kogi East Neighbourhood Watch (KENW) on Wednesday in Lokoja in a brief interview with journalists.

The KENW’s secretary stated that the order came on the heels of firm believe by Hon Yakubu Ibrahim (Gaba) and stakeholders that the escalation of crisis in the Bagana community revolves round illegal revenue collection by various warring groups that are feathering their nests from it.

He said the Council chairman and stakeholders will not fold their arms and allow such nefarious business to thrive further where lives and property are being lost to carnage orchestrated by these groups, making  the community drifting to a total close.

According to him, the stakeholders therefore warned in a clear terms that  those involved in that act for their personal interest to clear out immediately to allow peace to envelop the community for economic activities to pick up in the areas.

In the same vein, Comrade Inah added that the council chairman is touch with the Divisional Police Officer of  Local Government Area and KENW, urging them to strive and enforce that order to ensure that illegal revenue collection in Bagana Market is stopped forthwith.

The mandate, he said, is to give cover to the traders and people coming to exercise business right in the market  without molestation, including consistent patrol in all the feeder roads that link up to Bagana to forestall breakdown of law and order on market days.

It was gathered that this synergy of security forces and KENW volunteer group, as mandated by the  Chairman of the local government council and agreed upon by the stakeholders, made the last market day to witness decorum, devoid of security breaches from any interest group that held the community by the jugular for years.

Meanwhile, the KEWN officials has commended the Council Chairman and Kogi state police command via the DPO of the area for providing credible leadership, which if sustained will solve one of the identified problems that have militated against the peace of Bagana community for years.

The secretary of KENW said the management of volunteer group would not rest on their oars until lasting peace is restored in the community where economic activities will resume at full capacity and blossoms to raise the living standards of the people in the areas.

It could be recalled that the Ata Igala, His Royal Majesty, Alaji Mathew Opaluwa Akpa, at a recent stakeholders’ meeting, warned all the warring factions that made peace elusive in the community to steer clear or risked being labelled enemies of Igala nation.

The revered monarch was said to have initiated the necessary moves that are  expected to restore normalcy in the embattled community through stakeholders meetings and other lawful channels in tandem with the global best practices on conflict resolution shortly after he ascended the stool of his forefathers.