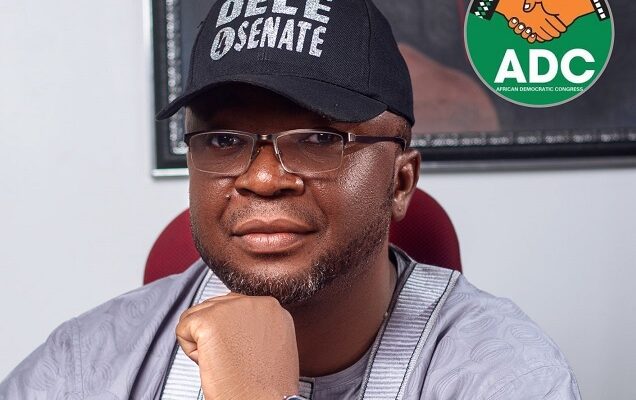 The senatorial candidate of the African Democratic Congress (ADC) for Kogi West, Dele Bello-Williams has expressed sadness over the recent explosion that rocked the ancient city of Okene.

It was reported that the fatal explosion occurred around 9am in Okene, the home town of the sitting governor, a few hours before president Muhammadu Buhari’s visit to the state.

Four persons were feared dead as a heavy explosion tolled a few meters from the Ohinoyi of Ebira’s palace at Kuroko street, Okene and controversies have since followed. While some believed it to be a bomb blast, others attributed it to the transformer in the area.

While addressing the Dele-4-Senate Media Team, Barr. Dele charged residents to be wary and report any suspicious activity to the relevant authorities for immediate actions.

He also enjoined the authorities concerned to stay on top of the situation. And, to provide a better understanding of the incident to alley public excitements.

“This is the governor’s own town. On a day that the President was expected to touch down in the city, it could be anything. So government must not take it for granted either”, Barr Dele said.

He further stated that government must do more, as the security situation of the country is the reason people panic at this kind of news.

He went further to commiserate with the families of the affected and for the repose of the soul of the departed.