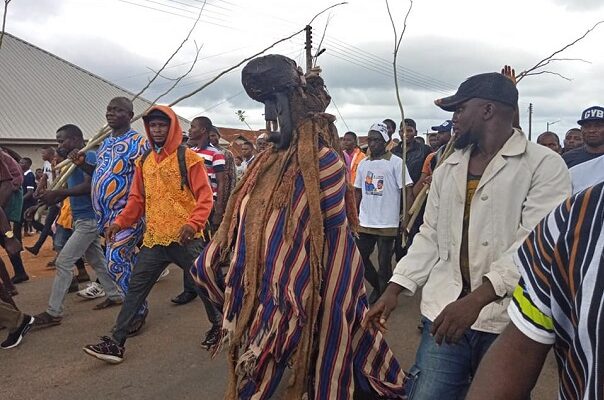 The Chairman of Okehi local government council, Kogi state, Abdulraheem Ohiare, has assured all Ihima citizens that the next Ekuechi festival will be peaceful and colourful.

He also announced the lifting of ban placed on the warring Evako and Mediva masquerades.

The meeting chaired by Ohiare deliberated on the crisis between Evako and Mediva masquerades during last year’s Echeane festival, identified the remote and immediate causes of the face-off.

The crisis was amicably resolved and finally laid to rest.

The council chairman stated that the meeting was convened strictly to resolve all lingering crises rocking Ihima cultural celebrations.

He stressed the importance of culture in every society as an integral part of their lives.

He directed the Ihima Peace Committee and Cultural Heritage to synergize on the modalities to be adopted to always ensure a hitch free cultural celebrations.

Hon Ohiare charged them to visit all traditional rulers for their inputs before the next sitting.

The meeting was adjourned to next week Wednesday.