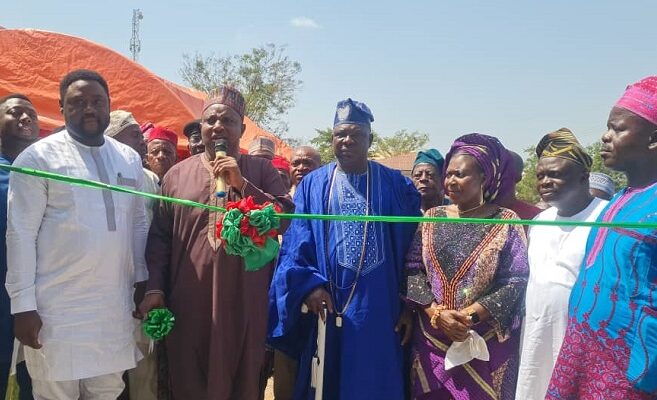 There was jubilation in Iyara, headquarters of Ijumu Local Government Area of Kogi State as the Nigerian Army donated a state-of-the-art remodeled and equipped primary health care clinic to the community.

The State Government through the Primary Health Care Development Agency had delisted the health centre, owing to its dilapidated state, hindering access to health care service.

But as part of its Military Intervention Project, the Nigerian Army took it upon itself to rehabilitate the clinic and equip it with modern facilities.

The Olujumu of Ijumu Kingdom, Oba Williams Olusegun Ayeni while speaking at the ceremony, said the clinic is a welcome development and a thing of joy to the community and the entire Ijumu land.

He commended the Army for the gesture, saying it is a clear indication that the Army is a responsive and responsible Force that is committed to the wellbeing of rural dwellers.

On his part, the National President of Iyara Development Association, Alh. Aliyu Badaki noted that the edifice will benefit the people of Iyara and its environs as the clinic is first of its kind in the area.

Alh. Aliyu solicited the support of the KSPHCDA towards making the clinic functional with the deployment of staff.

According to him, the remodeling and equipping of the facility has brought relief to the health needs of the community.

He applauded the Nigerian Army for coming to the rescue of the community, adding that the intervention was timely.