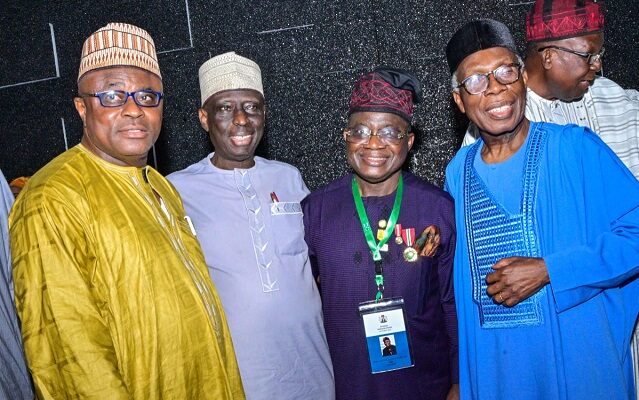 Omede, a past President, Association of Professional Bodies in Nigeria (APBN), made this known at a special reception in honour of Prof Ujah following the conferment of Order of Niger (OON) national award on him by President Muhammadu Buhari in Abuja on Tuesday.

Speaking on behalf of fellow past Presidents of Nigeria Medical Association (NMA), Omede stated that Prof Ujah is a man of great resource with unblemished track record of impactful achievements.

Dr Omede Idris further described the national award recipient who is a former Director General of National Institute of Medical Research (NIMR), Yaba, and the immediate past President of Nigerian Medical Association, as a beacon of joy and hope for many through his strength, commitment, dedication and focus on issues.

The Chairman of the occasion, Dr Ibrahim Kana mni, a former student and a mentee of the awardee, who also was a past national treasurer of NMA, thanked President Buhari for rightly considering Prof I.A.O. Ujah, mni worthy of the award.

The Chairman of the occasion called on those around the awardee to take advantage of and emulate his virtues, professional and administrative leadership skills for their personal, community, state and nation building, especially in health.

Highlights of the event included goodwill and best wishes messages by the representative of Och’Idoma. Others were his primary school mate, AVM Emmanuel Ejeh (rtd), Idoma and Aidogodo community,  chairmen of Governing Council of University of Benin and Federal University of Health Sciences, Otukpo, where the awardee is the Vice Chancellor.