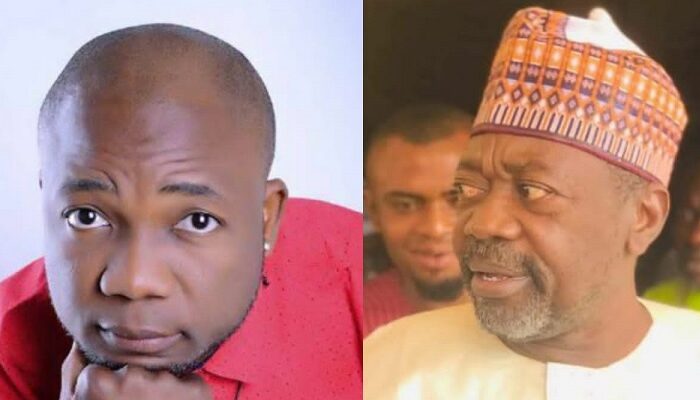 An aspirant in the recently conducted PDP House of Assembly primaries in Dekina-Biraidu constituency in Kogi state, Hon Thompson Makolo Junior has asked the public to disregard an ongoing rumour on social media that he has decamped to the All Progressive Congress (APC).

In a press release made available to media on Sunday, the popular actor said the rumour was from lazy freelancers and enemies of Peoples Democratic Party (PDP) who do not have any meaningful activity to occupy their time with, adding that retardation and stagnation have overwhelmed their lives.

Hon Tom Makolo Junior, who made it clear in a press release that he remained an unrepentant member of the PDP, also said he will support all candidates of the party in 2023 general elections.

He added that it will be a political miscalculation to decamp to the APC that is on life support and doomed to die before or after 2023 general elections.

Part of his press release reads:

”I considered it as a great embarrassment to read on social media that I, Hon Tom Makolo Junior, has decamped to the APC. Of what adventure should I decamp to a party that is on a life support?

“For a record purpose, I ran into Hon Haruna Gowon (IJN) at his hotel, Idrinana Hotel, Lokoja along side with Chief Ismail, the Agenyi Attah (Ikpakpala), on 26th August 2022 where I was honoured to be the master of ceremony between the wedding solemnization of Dr Kamal Yunusa Adebu and former Miss Asia Umar Abdullahi where we took photography together in the spirit of brotherhood.

“Prior before this photography, I didn’t discuss or confide in anyone that I was going to decamp to the APC neither intend to do the same in the future.

“I therefore considered it as a great embarrassment to see the same photo few hours after the scenario trending on social media that I have decamped to the APC to work with Hon Haruna Gowon (IJN).

“This speculation is fake, baseless and unfounded as my allegiance was and is still with the PDP and all its candidates in my area to include: Hon Victor Alewo Adoji – Kogi East Senatorial District; Hon Usman Austin Okai – Dekina / Bassa Federal House of Representative; Hon Andrew Egbunu – Dekina / Biriadu State House of Assembly and, Hon Godwin Meliga, Okura State House of Assembly as well as other PDP candidates.”

Tom Makolo Junior also stated: ”As an adult with my level of exposure, if I wish to dump the PDP, the right channel to communicate to my constituents and the public is through my ward chairman not hearsay or social media.

”Recall, I aspired to flag the PDP’s flag for Dekina / Biriadu State House of Assembly before I narrowly lost out to my distinguished brother, Hon Andrew Egbunu, and I have since accepted the outcome of the primaries and also in the spirit of brotherhood congratulated him”.

”I remain an unrepentant member of the PDP, before today, today, and even tomorrow.”

Spread the love
Tweet
Previous PostFor Equity and Fairness, an Okun Person Should be Next Governor of Kogi State - Patriots Next PostLGA Coordinator Task Bassa APC Members on 2023 General Elections