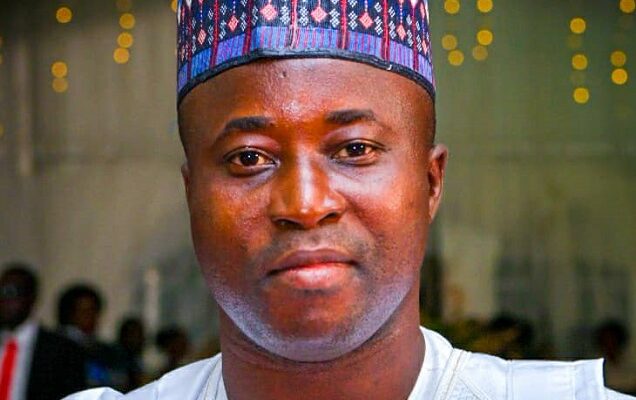 My One Year in Office as Executive Chairman of Ajaokuta LGA

I, Prince Aliyu Mustapha Aka’aba, the Executive Chairman of Ajaokuta LG, wishes to congratulate myself, my entire cabinet and the councils of legislations as we clock one year in office.

I wish to appreciate my Mentor and a father whom I have grown uprightly under his tutelage, His Excellency Gov Bello Yahaya Bello, the incoming president of the federal Republic of Nigeria Insha’Allah for the ample opportunity to serve the people of Ajaokuta LG, under his administration as the Executive Governor of Kogi State.

Before I was elected as an Executive Chairman, I had the opportunity to serve as the Administrator of Ajaokuta LGA for some years.

Notable amongst my giant strides are:

As I ascend the position of Executive Chairman, the pedestal of good governance has since be maintained.
Currently we are extending the Secretariat annex, anticipating to built a monumental edifice before we clock two years in office.

We have procured 5 tractors to boost the internal generated revenue of the Local Government and Eight (8) transformers has been serviced so far to ensure that all the areas in Ajaokuta LG enjoy steady power supply connected to the national grid.

Today, we shall be installing a new transformer in Ebiya as part of the activities to mark our one year in office as Executive Chairman.

We shall als be donating vehicles to the security agents, One Hilux to the Special Anti Robbery Squad(SARS), and one to the State Vigilantes Squad to enhance our security effort.

Before we assumed office in 2016, the good image of our Local Government has been stained because passersby are being molested and waylaid by criminals mostly during ember months that numbers of Nigerians ply the road stripping them of their belongings and in some cases their lives.

As a government we are relentless, we have put measures and workable strategies in place and I can state here today that the efforts are yielding positive result.

In the last one year, sophisticated ammunition were recovered from criminal elements including 12Ak 47 riffles, 6 pump-action and many other weapons were recovered from enemies of peace operating within nooks and crannies of Ajaokuta LGA. The police can attest to all of this, as we have submitted the weapons and handed over the culprits to face the full wrath of law.

I wish to once again reassured the entire citizen of Ajaokuta LGA of my avowed responsibilities to always protect the lives and property of the people and to continually attract developmental projects that will impact directly and indirectly on the entire populace.

I wish to charge every Ajaokutans, Kogi State and the entire Nigerian Youths to key into the largest youthful project of the century (GYB2PYB) for the reinventions of Nigerian of our dream where effective leadership will be prioritized.

Governor Yahaya Bello is undoubtedly the youths ambassador that can in reality front the #NotTooYoungToRun mantra of the Nigerian youths and reinvigorate worthiness into the political & economic system of our nation.