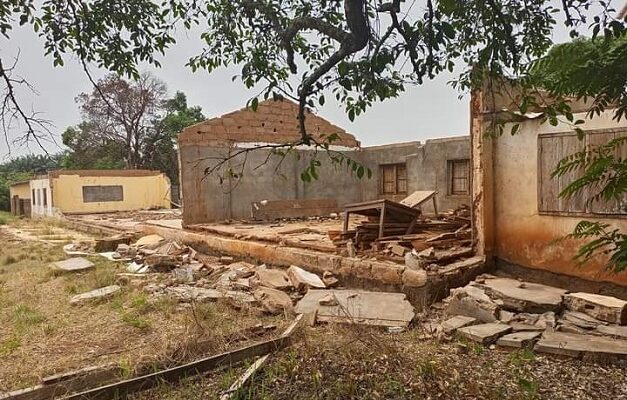 This analysis is about how Yakubu Murtala Ajaka has stepped in and ordered the immediate renovation of the examination hall, library and laboratory of Ajaka Community Secondary School – another landmark impact by a man on his community, but we will come back to that later. That is because, to understand why this intervention is significant, we need to travel back in time to Saturday, 15th May, 2021 and understand why the room for this timely intervention was made inevitable in the most horrendous of manners by the NGO that goes by the name Igalamela Friends Foundation or IFF.

On Saturday, 15th May, 2021, IFF lunched a highly publicized 50 million naira fund raising ceremony. The build up to the lunching witnessed an aggressive attempt to scoop up as much publicity as possible.

News headlines read: “NGO Launches N50m Appeal Fund To Revive Ailing Community School”, “League of friends join hands to rescue ailing school in Kogi State” and “NGO to Revive Ailing School.” They described their efforts as “… a way to support government in boosting standard of education in Kogi State… to launch a 50 Million appeal funds for renovation of a community school.” They identified a former member of the House of Representatives, Hon. Ismail Inah Husseini as the “anchor” of the event.

Politicians, businesses people, community leaders, stakeholders in the education sector and the general public ignored the hasty publicity and basked rather in what no one expected to become a never occurring euphoria. No one could blame us. We all wanted the damn school renovated.

The launching did not realize the audacious 50 million naira target. However, enough funds were raised (at least in the minds of the organizers) to renovate the roof of the school’s examination hall.

IFF enjoyed unbelievable public acclaim (as far as the project was concerned) from the onset until it peaked just after the timber roof truss was erected. But just like the public euphoria, everything came crashing to the ground.

The roof didn’t survive natures first punch. Not because the force was too much but because the roof was damn too heavy (according to engineers I have spoken to). Necessary supporting structures were not constructed and the existing structure which had stood for over 50 years was not adequately re-enforced. The roof fell under its own weigh smashing down the walls that once enclosed the school laboratory and library along with it.

Then came the silence. Six months passed and still no ward. Just like that, IFF and their anchor ran out of appetite for publicity. I asked around, no one can recall if any explanation was given for the disaster which ‘thank goodness’ occurred before anyone had the opportunity to use the hall and caused no physical injuries to any human. Public confidence in IFF dropped to an all time low. Some even suggested it was an attempt at resuscitating “ailing” political careers.

Moses Etuh is the principal of Ajaka Community Secondary School, a product of the school, he spoke publicly, emotionally and passionately that he had about a year or so left before his compulsory retirement from the services of the Kogi State government. He talked at length about how his long term dream of leaving a lasting legacy in the school that educated him and feared that he was running out of time.

Report has it that his communication with IFF became less frequent. A local government political appointee said he was removed from the group’s WhatsApp group because he “asked too many questions”. Public confidence fell with IFF’s continued silence. That was the situation until Yakubu Murtala Ajaka stepped in.

With students scheduled to write WASSCE examination in early Mar and their examination hall in rubbles, someone had to get down to business and rectify the structural engineering mishaps of the IFF. That is what Yakubu Murtala Ajaka does. When he wants to do something, he actually gets down to business from the very first minute.

Prompted by stakeholders who inspected the collapsed structure – after witnessing the free registration of JAMB for all the three best performing students from  secondary schools in Igalamela, and the award of full scholarship to (any of the) students who gains admission into a tertiary institution – he immediately ordered the construction of a bigger and more state of the art examination hall, library and laboratory. In less than an hour later, building materials began to arrive.

It may be a little bit too late to complete the structure before the May 9th WASSCE, but the next sets of students are elated in expectation that a better structure is growing rapidly out of the the ashes of the IFF ruins with nobody else being asked to make a donation.