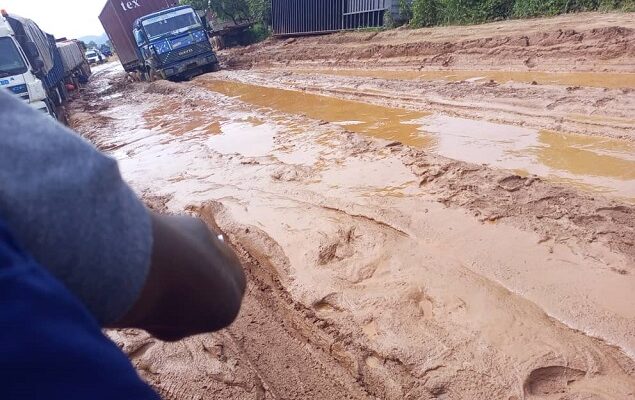 The Kogi state and federal governments has been called upon to rescue and address the deplorable condition of Kabba-Egbe-Ilorin road to ease the plight of commuters plying the road.

The non-attention of government at all levels to the worsening condition of the trunk ‘A’ road that passes through Kabba-Egbe-Ilorin to the western parts of the country has since decades created a nightmare for travellers and residents.

Speaking on the bad nature of the road, the Kogi West senatorial candidate of Accord (A) party in the 2023 general elections, Bashorun MD Eseyin (FPOP) explained that “over a decade now the federal road had been in a deplorable condition.”

Speaking further, Eseyin pointed out that the deplorable state of Kabba- Egbe-Ilorin road has already caused socioeconomic hardship to the people of Kogi West and its environment in the last decades.

“I am equally using this medium to call on Dangote Group to rejig his corporate social responsibility to accommodate that road as the largest beneficiary because of it numerous trucks plying the road,” he said.