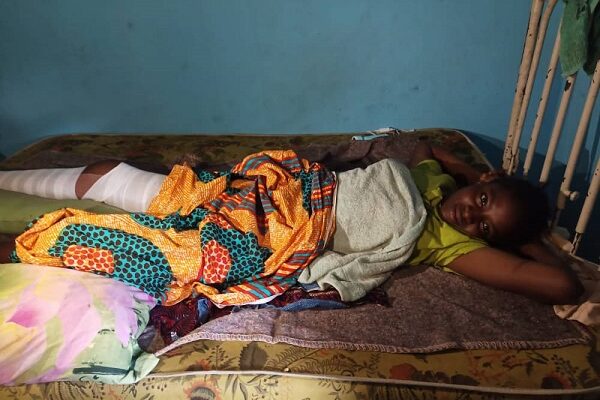 Kogi Central senatorial candidate of the Peoples Democratic Party (PDP), Barr. Natasha Akpoti-Uduaghan has paid a visit to the scene of the tragic motor accident that claimed four lives and left others injured in Kuroko community of Adavi local government area, Kogi state.

Chief Natasha who was represented by a delegation led by a former Commissioner, one time House of Representatives Member for Okehi/Adavi Federal Constituency and a PDP Chieftain in the District, Alh. Abdulrahaman Badamasuiy proceeded to the families of the deceased as well as the injured ones to extend sympathy and gesture to them.

In his condolence message, on behalf of Natasha, Badamasuiy described the incident as unfortunate and sad which he prayed it never occur again while assuring the community of good dividends of democracy upon the emergence of his principal in the next Senate.

The victims and their families appreciated the empathy and concern Natasha has shown to them in their trying time and assured her never to forget in a hurry.

In addition to her gesture towards the victims, Chief Natasha equally made donation for immediate replacement of the affected electric pole in the area which had kept the area in the dark for days.

Speaking on-behalf of the community, one of the traditional rulers, HRH Muhammed Yusuf Onoruoiza, the Ohimonozi Udezi Aniku Kuroko commended Natasha’s determination and efforts towards the development of Ebira land – adding that her type is rare and it is a privilege for them to have her in the land. “If we have two of Natasha in Ebira land, our story will not remain the same” he added.

A car on a high speed had a break failure on Friday June 24 in Kuroko area and swerved into some residents which led to death of four persons and others injured.