Home News Kogi West 2023: Its Our Turn, Bukky is Our Choice – Group 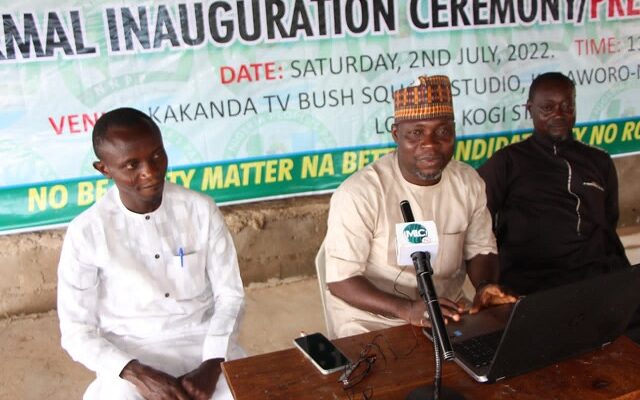 A support group known as Project Bukky 4 Senate has declared its support for the candidature of Hon. Muhammed Ibukun Abubakar of the New Nigeria Peoples Party (NNPP) in the Kogi West senatorial district election come 2023.

The Coordinator of the group, Comrade Umar Yakubu Ali made this known on Saturday during the inauguration of the support group and press briefing in Lokoja.

Comrade Ali noted that the Senate seat, having remained in Okun land since 2007, should be zoned to Lokoja/Koto Karfe federal constituency, saying the only candidate from the constituency is Hon. Muhammed Ibukun Abubakar, also known as Bukky.

He said for the purpose of equity, fairness and justice, the group is poised to lobby other Local Government Areas in Kogi West to support the NNPP candidate, who according to him, is a philanthropist per excellent.

According to him, the NNPP flag bearer has touched the lives of people in the area of social services, education, sport as well as free health care service for women.

Comrade Ali added that the support group is apolitical and is committed to the ‘Lokoja Agenda’, pointing out that plans have been put in place for the actualization of the vision of Hon. Abubakar.

He maintained that the candidate has proven beyond reasonable doubt that he is capable and fit to perform creditably as a gift from God and multi talented personality.