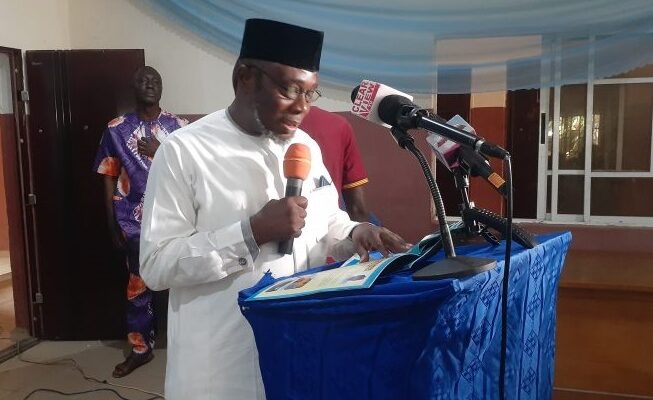 The Kogi State Council of the Nigeria Union of Journalists (NUJ) has called on journalists in the State to “guard against being used by unscrupulous politicians who may be out to run down the government of Kogi State under Governor Yahaya Bello for whatever reasons.”

The Council urged journalists to let the ethics of the media profession take the center stage in their practice, noting that falsifying reports was criminal and that Governor Bello had performed very well.

Chairman of the Council, Comrade Adeiza Momohjimoh, who made the call at the 2022 NUJ Press Week in Lokoja, on Thursday, emphasized the importance of truth in journalism practice.

While saying that it was unprofessional to report a story from only one perspective, the Chairman described false media reports as “criminal and very ungodly”.

“I urge our colleagues not to allow themselves to be used by unscrupulous politicians who may be out to run down the Government of Kogi State for whatever reasons. The Governor has done very well. We celebrate him,” he said.

At the ceremony, the Union recognised the efforts made by the administration of Governor Yahaya Bello, especially in the health and education sectors, and bestowed an award of exemplary performance on the Governor.

Discussing how the Governor earned the award, the Chairman said, “We did not just decide to celebrate Governor Yahaya Bello, some steps led to it. As a team, we embarked on a tour of public projects in education and health; we visited State-owned universities; we visited CUSTECH and the GYB Model Schools, and the members of the union were all very impressed with what we saw in terms of infrastructure.

“The next day, we visited Kogi State Specialist Hospital and we saw the impact the government has made in terms of infrastructure. We saw the remodeling of the hospital, the administrative block and other units put in place by the Yahaya Bello administration.”

Further justifying the decision of the NUJ to bestow the award on the Governor, the NUJ Chairman explained, “What fascinates the NUJ executives and its members is the state of the art reference hospital in Okene and the General Hospital in Gegu – projects initiated by the GYB administration in its second term.”

According to him, the only way to register the commendation of journalists in the state is to publicly bestow an award on him for infrastructure revolution in health and education sectors in Kogi State.

Spread the love
Tweet
Previous Post50th Birthday: 'I am Overwhelmed by Your Love' - Kogi Poly Rector Express Gratitude Next PostLift Up Care Foundation Distribute N5m Worth of Food, Non-Food Material to Flood Victims in Kogi