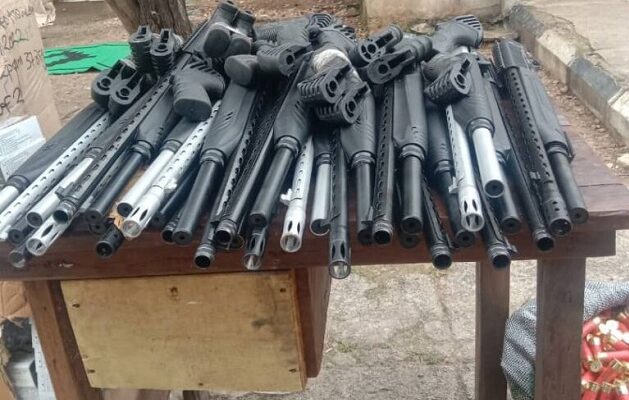 The Kogi State Command of the National Drug Law Enforcement Agency (NDLEA) has handed over 4 suspected criminals who were arrested along Okene/Lokoja-Abuja Express way on the 17 of September 2022 to the Nigeria Police Kogi state command.

Fakai further stated that the fight against illicit drug was everybody’s business, and on stakeholders to continue to support the agency at all times.

The NDLEA boss enumerated some of the achievements made by state command in the last 3 months to include: arrest of 56 suspects with seizure of assorted drugs, conviction of 7 accused persons and charging of 11 cases at the Federal High Court Lokoja.

He appreciated the state Governor, Alhaji Yahaya Bello for the continued support of the state government and all other stakeholders in the fight against drug abuse.

Receiving the items for further investigations and prosecution, the deputy commissioner of police in charge of criminal investigation department, Kogi state command, Aniefiok Wilson Akpa, commended the synergy that has been exiting between the police and the NDLEA.

He called on the public and other stakeholders including the media to always give timely information to enable security agencies take actions.