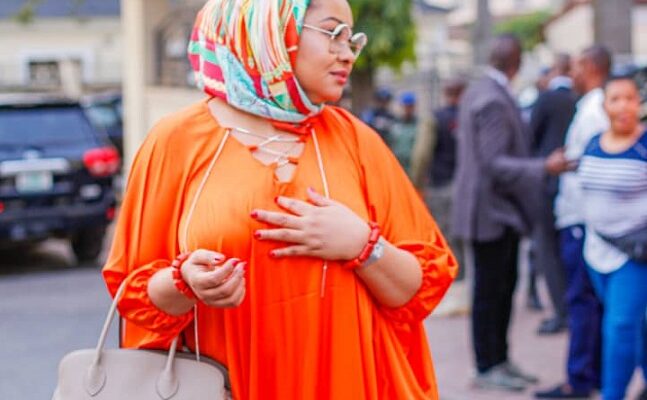 Kogi Govt’s Demand for N37.5m for Campaign Posters a ‘Ploy’ by Yahaya Bello to Frustrate Natasha

Kogi state government has demanded a sum of 37.5 Million Naira as payment for billboards and campaign posters from the Peoples Democratic Party (PDP) in the state.

“Pursuant to the provisions of the Kogi State Signage and Advancement Law (KOSSAL), 2022, and other extant laws, we present in the table below (photo attached) the obligations of your party (PDP) to Kogi State Government on signage fee in respect of campaign posters and flyers of your candidates contesting various elective offices in the forthcoming 2023 general elections.

In similar development, the PDP was mandated to provide evidence of its Tax Clearance Certificate (TCC) to be able to campaign in the state.

Reacting to the development, the PDP candidate for Kogi Central senatorial district, Natasha Akpoti-Uduaghan accused Yahaya Bello of devising different plots to frustrate her campaign following her growing popularity in the state.

“They (Yahaya Bello-led government) want to stop us from campaigning. Without tax clearance, no PDP candidate will campaign. It’s a ploy to frustrate my campaign in Kogi,” she told newsmen on Tuesday.

Kogi governor and Akpoti-Uduaghan have been in the news in recent times following their political differences. The former had earlier alleged the PDP senatorial candidate was the one sponsoring terrorism in the State, an allegation the latter denied on several occasions.

The lawyer turned politician, in a counter-attack, accused Yahaya Bello of masterminding the Owo church massacre and Kuje Prison break attacks while calling on security agencies to invite him for questioning.