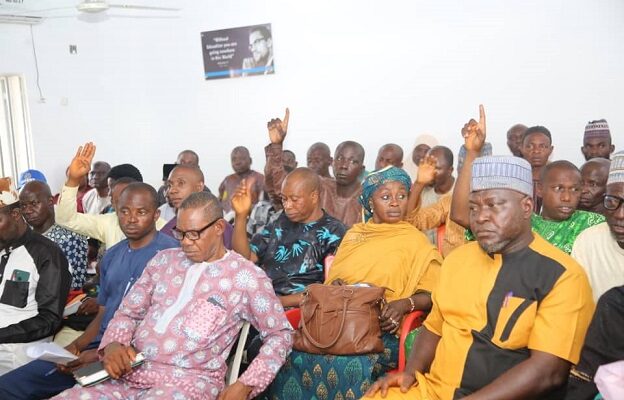 The Kogi State Government on Wedneday, restated her commitment and determination to totally eradicate all forms of examination malpractices in schools across the state.

The State’s Commissioner for Education, Science and Technology, Hon. Wemi Jones, made the statement in Lokoja at a meeting with Principals of 61 de-recognised secondary schools by the West Africa  Examination Council (WAEC).

According to him, the 61 schools which comprised of 21 private and 40 public schools, were derecognised on account of malpractices in the 2022 West Africa Secondary School Certificate Examinations (WASSCE).

Jones noted that the punitive measures of imposing fine and sanctions by WAEC would not solve the problem of examination malpractice.

”We need to go back and strategise using the Education law with thorough investigation to ensure that we totally eradicate examination malpractice in our schools.

”This meeting has brought out a number of issues, and we have seen that the previous approach of just sanctioning the erring schools is like a ‘medicine after death,” he said.

Jones added that the ministry would do a thorough diagnosis to get to the root courses of examination malpractice, and carry out some major surgical operation, which would hurt a number of people.

He said that the state government could not be investing hugely in education sector then some people somewhere would be sabotaging her efforts.

He reiterated that the government would get to the root causes of the menace, and whosoever found wanting would be prosecuted according to the State’s Education Law.

The commissioner stressed that anyone involved in the conspiracy of perpetrating and abetting examination malpractice, such as principals, teachers, invigilators, supervisors as well as parents and WAEC officials would be prosecuted.

On his part, the Branch Controller of WAEC, Lokoja, Mr Babajide Tijani, said a total of 527 secondary schools participated in 2022 WASSCE in the state, out of which 61 were derecgnised on account of examination malpractice.

According to him, erring candidates’ result have been cancelled, supervisors also penalised, while the affected schools will pay a fine of N500,000 each with other sanctions.

Tijani noted that WAEC remained a third party body in the conducts of its examination, saying the principals, teachers and schools were the major players.

He, therefore urged schools’ principals to take full responsibility by ensuring proper monitoring of candidates, invigilators as well as supervisors in the examination hall.

Speaking, Mr Kasim Muhammed, 2nd Vice President of All Nigeria Confederation of Principals of Secondary Schools (ANCOPSS), decried the high rate of syndicates and proliferation of WAEC centres in many substandard schools in the state.

Muhammed urged the ministry and WAEC to put better mechanism in place that would thoroughly checkmate the menace of examination malpractice in the state.

He, however appealed to WAEC to considered reduction in the fine of N500,000 per school, saying, ”it is too outrageous which will not in anyway put to check the menace”.

They promised to put machinery in motion to forestall such recurrence in their respective schools.