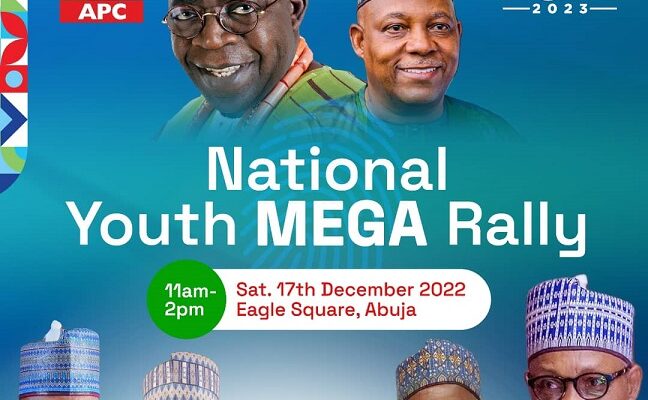 The All Progressives Congress (APC) has scheduled a national youth rally on December 17th to woo young Nigerians for its presidential candidate, Bola Ahmed Tinubu, and his running mate, Kashim Shettima, ahead of the 2023 general election.

The ruling party will hold the rally in addition to its ongoing state-by-state tour, during which Tinubu has been able to win over many voters.

The APC youth wing, led by National Youth Coordinator and Kogi State Governor, Alhaji Yahaya Bello, is expected to deliver votes from the youth who are the country’s majority of registered voters to ensure the party’s victory in the upcoming election.