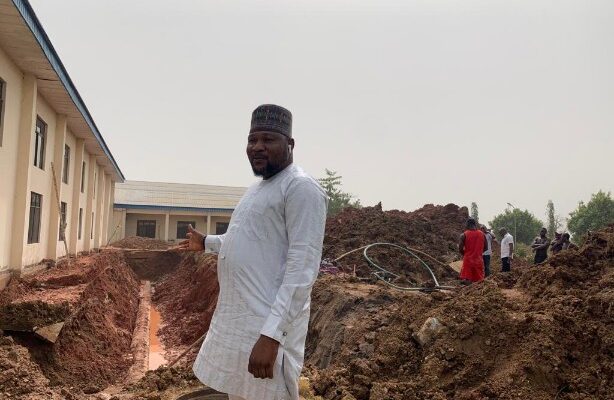 The Kogi State Commissioner for Water Resources, Mr Abdulmumuni Danga,
has appealed to Lokoja residents to exercise patience over the lingering water scarcity in the confluence city.

Danga made the plea in an interview with the News Agency of Nigeria (NAN) on Wednesday in Lokoja.

The commissioner said that the shortage of water supply was due to the huge damaged to their mechanical and electrical equipment by 2022 floods at the Ganaja Water Works.

According to him, the whole equipment were submerged and damaged by the 2022 floods that ravaged the state and the country.

He explained that Governor Yahaya Bello, had since given an approval for the replacement of those equipment, saying that arrangements were in top gear to bring them into the country.

The commissioner said that the delay experienced was due to the festive season.

”Most of these equipment are not something you can get within the country so we have to ship them to Nigeria.

”As at last night all the equipment had been loaded on the ship and we should be expecting them very soon.

”In the next two weeks, everything will be sorted out.

”We are doing our best as government to reduce water scarcity in Lokoja to the minimum level.

”The masses voted for us and we are here to serve the them,” the commissioner said.

Danga noted that as palliative measure, the government had done some repairs at the Old Lokoja Water Works for water supply to some parts of the state.

According to him, the Old water works is currently supplying water to nearby communities of Kabawa, Karaworo, Ipata, Cantonment, Maigari palace and Traditional areas of the confluence city.

He, therefore appealed to the residents to be patient with the State Government, saying, ”we are doing everything possible to make water available across the confluence city within the shortest possible time”.

The commissioner stressed that the problem was due to natural disaster and not state government fault.

He said that he had personal meetings with some leaders, groups and residents, where he appealed to them to be patient, saying it had never been like this since the inception of this government.

”I believe in the next two weeks the equipment will arrive and it will not take between four to five days to install them, and water will be restored to the metropolis,” Danga said.

They said a jerrican of 25 litres of water that used to be sold at N20 now goes for N50.

They, therefore, appealed to the government to fulfill its promise in restoring water supply to the entire confluence city.