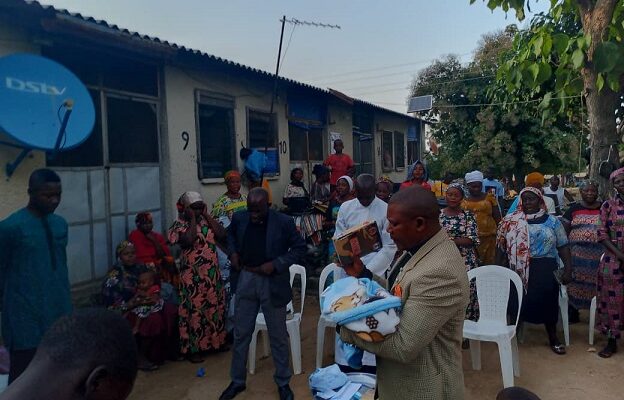 Rev. Joel Kpougor of St Andrew Military Protestant Church, Army Barrack Lokoja, has lamented over poor parent awareness on the spiritual welfare of their Children while growing up.

The cleric while expressing his dissatisfaction on the nonchalant and lackadaisical attitudes of some parents in training up their children in the way of God made his position known on Monday, in Lokoja,  during the naming  the naming ceremony of the child of Mr and Mrs Bako Kikem.

He posited  that, God in heaven always appreciate when Children are taught in his way, stressing that, when the foundation his wrong, things will never remain the same.

While making reference to the holy bible Proverbs 26vs6,  which says “

Train up a child in the way he should go: and when he is old, he will not depart from it” the cleric said many parents have deviated from this instructions given by God.

Recalling how Moses saved his people from the hand of the enemy since he was destined from Child broth, the cleric said every Child should be adequately rooted with the word of God in order to make meaningful impacts towards salvation on the last day.

He traced the current problem confronting the nation to  bad foundation and parenting, adding that, if not urgently addressed, the world will be at the mercy of evil doers.

” Teach your what will make him or her enter heaven and not what will take them to hell fire. We are in the end time. It is important we train our children with the fear of God. Anything other than this will destroy the future.  If you teach your Children fasting and prayers, definitely they will be better people in the society” Rev. Kpougor emphacized.

In his remarks, the father of the baby Mr Bako Kikem appreciated God for the new gift praying that, God should give him the wisdom to train the Child in the way of God.

The Cleric, however, prayed for God intervention in the problems confronting the nation, adding that, God in his infinite mercy will hear the cry of his People in Nigeria.

Highpoint of the event includes song ministration, sermon and special prayer for the new born baby.

The new born baby was named