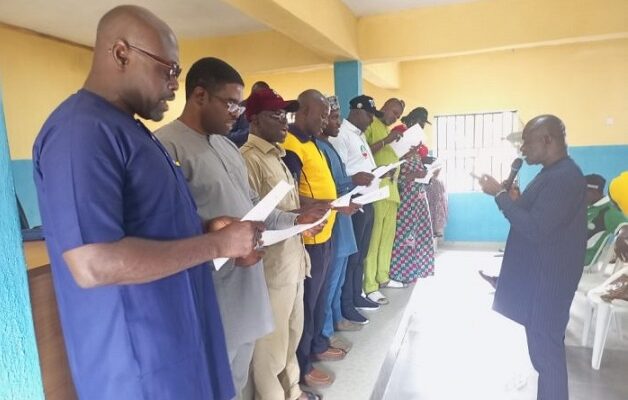 Kogi state chapter of the Trade Union Congress (TUC) has elected new members of executive to pilot its affairs for the next three years.

In his acceptance speech, the newly elected Kogi State TUC Chairman, Comrade Sule Ahmed Tijani promised to tow the line of unity and all inclusiveness of his predecessor.

He expressed appreciation to the outgone executive for thier laudable achievements including the ongoing building of the secretariat of the union in Lokoja, and promised to justify the confidence reposed in him and other members.

Comrade Tijani appealed to members to cooperate with the new leadership, noting that his singular objective is to bring progress to the union, stressing that it would not be business as usual going forward.

In his opening remark, the Chairman of the Election Committee, Comrade Aaron Yusuf Akeji expressed appreciation to all especially the State Administrative Council for arriving at consensus candidates for the positions of the union.

He equally appealed to members of TUC in the State to support the executive to succeed in office.

The immediate past TUC Chairman, Comrade Ojo Ranti Matthew expressed appreciation to God for a successful tenure in the last six years as well as members for their unflinching support in all ramifications.

Comrade Ojo charged the new chairman to carry the executive members along in the running of the Union and allow the fear of God and sincerity of purpose be his watchword.

He equally thanked Governor Yahaya Bello for the support received from government so far, stressing that such be extended to the new executive.