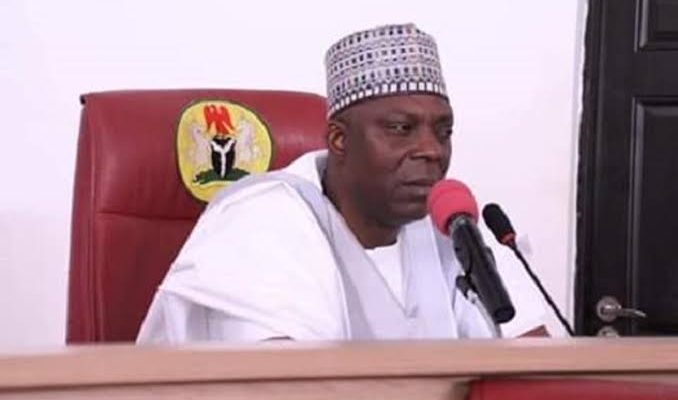 The Kogi House of Assembly on Friday began probe into an alleged fraudulent land dealing and encroachment by one Godwin Isah in the state.

The News Agency of Nigeria (NAN) reports that Mrs Sefi Okpekete-Bajeh, a Lokoja-based businesswoman, had petitioned the house on what she described as “fraudulent land dealing and encroachment” into her land by Isah.

She said that the land is located at Apamisede in Adavi Local Government Area of the state.

The Speaker of the House, Mr Matthew Kolawale, after listening to the petition read on the floor of the house by the Majority Leader, Mr Cosmas Atabor, directed the Joint Committee on Judiciary, Justice and Protocol, to investigate the matter and report back to the house in two week.

Bajeh, in her petition, alleged that sometime in July 14, 2016, she purchased a land measuring 100ft x100ft situated at Apamisede village behind LGEA Primary School in Adavi LGA of Kogi from Godwin Isah.

She said that the Deed of Assignment was executed between them after the payment of the sum of N900,000.

She said thereafter, she went ahead and developed the land by fencing it, which showed that it was her property.

Bajey said that shortly after fencing the land, Isah sent her a text message notifying her that the deal could not stand as he had revoked the land.

She added that to her surprise, Isah went and demolished part of the petitioner’s fence and erected a structure on the land without meeting her to discuss the sudden revoking of the deal.

She further alleged that Isah had threatened her life, a situation that compelled her to petition the House.

Bajeh appealed to the lawmakers to intervene in the matter by calling Isah to order and inviting him to explain reasons behind his actions on the said land.

She also pleaded with the house to order Isah to rebuild the demolished fence or pay compensation for same.

The petitioner further prayed the house to stop him (Isah) or his cronies from trespassing on the said land.

She asked the lawmakers to also stop him from threatening her life and put machinery in motion to help her recover her land since her money was yet to be refunded.

Responding, the Chairman, Joint Committee on Judiciary, Justice and Protocol, Mr Suleiman Attajachi-Musa, pledged to look into the matter with due diligence for peace to reign.