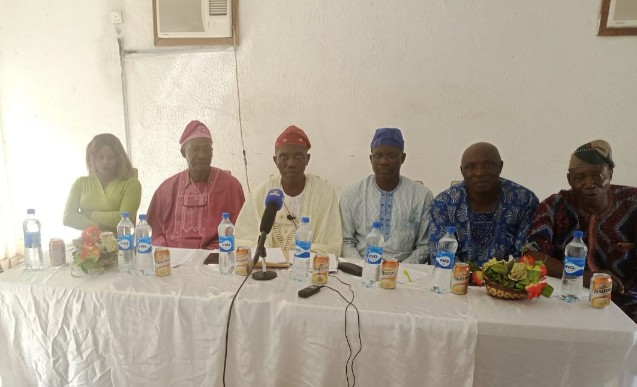 The umbrella body representing the Yoruba people of Kogi State, Okun Development Association (ODA) has congratulated Governor Yahaya Bello and the people of the state on the 30th year anniversary of the creation of the state.

Addressing newsmen in Lokoja on Thursday, the President General of ODA, Barr. Femi Mokikan, said the time has come for Okun land and Kogi West senatorial district to present the next governor of Kogi state.

Mokikan, represented by the National Secretary, Pastor Ayo Abereoran, said in the last 30 years, Okun have been the most marginalized major ethnic group in the state in terms of employment, appointments and project execution until recently when there was a paradigm shift

“On the 2023 Governorship election, for the purpose of equity, fairness and justice the time has come for Okun land and Kogi West to present the next Governor of Kogi State. As a matter of fact, the Igalas have produced three different Governors namely, Late Prince Abubakar Audu, Alhaji Ibrahim Idris and Captain Idris Ichala Wada while Ebiras are presently occupying the Lugard House for the second term.

“For the EBIGO Agenda of this Administration to be institutionalized for even posterity sake, the next Gubernatorial Candidate should be zoned to Kogi West. By so doing, Governor Yahaya Bello will be leaving a Legacy of Unity that informed the introduction of the Ebira, Igala and Okun Agenda,” he said.

The group also demanded a full fledged university be established by the state government in Okun land.

Alluding to the fact there is a state-owned university in each of Kogi East and Central senatorial district, ODA noted that it will be unfair to leave Okun land without a state university.

“As Kogi State celebrates its 30 years of creation, it important to state that Okun is lagging behind as it is the only area in the State without a University as the East has the Prince Abubakar Audu University, Anyigba while the Central has the New Confluence University of Science and Technology, Osara.

“This is why we’re appealing to the State Government to as a matter of fact establish a University in Okun land to justify the equity, fairness and justice that form the mantras of the present administration.”

ODA also appealed to President Muhammadu Buhari to urgently sign into law the bill establishing Federal University of Agriculture, Kabba as done for some states in Nigeria recently.

The Okun leader commended Governor Yahaya Bello for giving all ethnic groups in the state a sense of belonging with his approach to governance.

“More than 30 years now, the Okun people are the most marginalized major ethnic group in Kogi State in the area of employment, appointment, project execution until recently when there was paradigm shift in the present administration of Alhaji Yahaya Bello, the Executive Governor of Kogi State.

“On assumption of office, the Governor introduced a policy known as “EBIGO AGENDA” meaning Ebira, Igala and Okun Agenda. This primary purpose of introducing EBIGO was to promote unity and oneness of the Government and people of Kogi State with the sole aim of portraying the interest of Kogi first above individual or selfish interest.

“Without an iota of doubt, the EBIGO agenda is commendable and one of the best move of the New Direction Government of Alhaji Yahaya Bello as it has confirmed that Kogi State belongs to all, Igalas, Ebiras and Okuns as against the claims of some quarters in the past.

“Worthy of note and encomiums is the institutionalization of this agenda in the Area of appointments (both civil service and political), allocation and execution of projects. This is why Okun people will continue to be grateful to Kogi Governor, for the establishment of one of largest Rice Mill in Ejiba, Yagba West Local Government Area.

“Also, in the health sector, we are glad with the ongoing construction work at Isanlu General Hospital,
Yagba East LGA, while the rehabilitation of the Kabba township road is no doubt a step in the right direction.”

The group called on the people in Kabba-Bunu, Ijumu, Mopa/Amuro, Yagba East and West Local Government Areas as well as Oworo land to come out enmasse and participate in the continuous voters registration by the Independent National Electoral Commission (INEC).

“If we want continue to maintain the current political participation, it won’t speak well for us and our children in future. We call on our people in Diaspora to motivate their children of 18 years and above to register for their PVCs at their respective LGAs. This is because we need to increase our voting strength.”