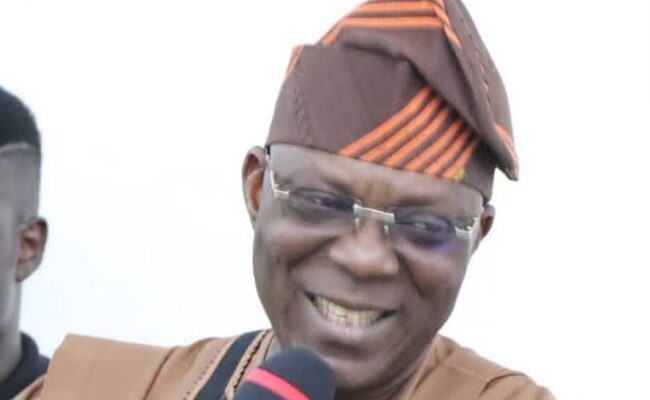 In the last couple of days, Kabba- Bunu / Ijumu Federal Constituency have evolved a new chapter in their political journey to produce the next House of Representatives member come February 25th 2023.

Precisely, 13th January, 2023 provided the right avenue for the apex court (Supreme) to give a landmark judgment which proclaims who the right candidate of the All Progressives Congress, APC really is.

In the aftermath of this definitive pronouncement, doubters and pessimists thronged out in their obviously few numbers, ochestrating their subterranean deceits.

Albeit, some have come to the sudden realisation that the die is cast paving way for the Divine Mandate ticket of Rt. Hon. M. O Kolawole, member Representing the highly pragmatic and industrious People of Kabba-Bunu State Constituency, Speaker, Kogi State House of Assembly to the glory of God almighty.

Over the last 5 months or thereabout, the political tussle culminating into court cases have been tough, rough and arduous but at the tail end, the victóory song is permeable, worth the while and enduring.

It is note worthy to say that, Kabba- Bunu / Ijumu Federal Constituency has an aggregate potentials and possibilities in human and natural resources. What we require is a Midas touch; the inimitable, experienced, and innovative mind who can use his legislative acumen, influence, charisma and lobbying prowess to give impetus to the target ascent.

In Yomikola, we already have a ready – made material whose innate skills, knowledge of our political dynamics & workings is second to none. Hence, there is no need seeking for help elsewhere.

If by the special grace of God, our political sarrvy People give him the social contract in 2023, he would while strategizing for more effective and sustainable ways of ameliorating the poor state of our roads, reduce drastically the embarrassing unemployment indices, facilitate modern health institutions, encourage & support Small & Medium Scale Enterprises, Empower more Youths via National Directorate of Employment (NDE) etc – insist on only palliative interventions with acceptable performance quotient.

With no equivocation, Kolawole would offer no spasmodic plunge into our demand, challenges and needs.

As the D- day to the general election draws closer, it is, therefore, imperative to close ranks with party faithfuls without boundaries. It is not the time to start listing the names of those who does one wrong or the other. It is the time to preach brotherly love & practicalise APC internal crisis resolving mechanism. It’s the time work for a resounding victory at the polls so that the efforts, time & sacrifices of our party heroes won’t be in vain. Kabba-Bunu/ Ijumu APC should be working in consonance with the heroic achievements of the likes of the incoming President, by the special grace of God almighty, Asiwaju Bola Ahmed Tinubu & not the other way round. A vote for Yomikola in the coming election is a collective victóory for the All Progressives Congress, (APC).