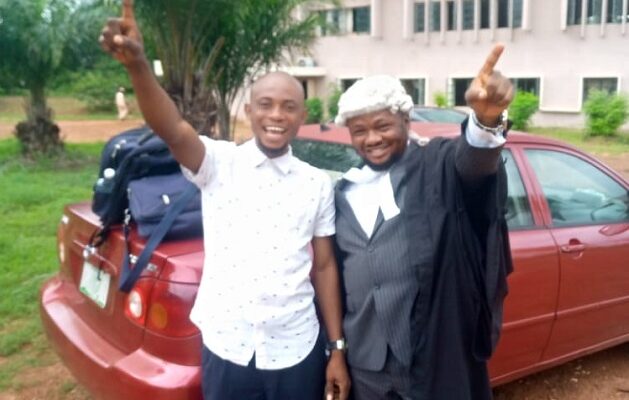 A Kogi State High Court sitting in Idah, on Wednesday, declared the running of Ibaji local government council activities in another LGA as unconstitutional.

Justice MM Gwatana ordered the Council Chairman, Willliam Obiora Iko-Ojo to forthwith cease from carrying out the administrative functions of the local government in the liaison office at Idah and move back to Onyedega, which is the constitutional headquarters of Ibaji LGA.

The case suit no: IDHC/11/2021 asked the court to declare the relocation unconstitutional.

Speaking with Kogi Reports after the ruling, IPYF National President, Comrade Apeh Kelvin Abuchi, said the “reckless act of the chairman of Ibaji LG in relocating and running the business of the Ibaji local government area from a liaison office, located in Idah, another local government area entirely.”

“The liaison office is 50km away from the people. The people from Ibaji who are workers in the secretariat had to travel daily to Idah to resume their official duty, with the attendant costs of transportation, overwhelming their monthly earnings.”

He commended the prosecuting counsel, Tope Temokun for taking up the case pro-bono, on behalf of the youths and people of Ibaji in Kogi State.

“Ibaji Progressive Youth Foundation’s lawyers, Messrs Tope Temokun and Obilor Benjamin raised the constitutional question before the court in 2021. The judgment is a huge relief to the hardworking people of Ibaji. I had to travel from Abuja to Idah and Obilor Benjamin Esq from Lagos to Idah to prosecute this case for the people of Ibaji,” he said.

Apeh congratulated the people of Ibaji people and commended them for insisting on their constitutional right and refusing to be intimidated by threat of sack and other forms of victimization.