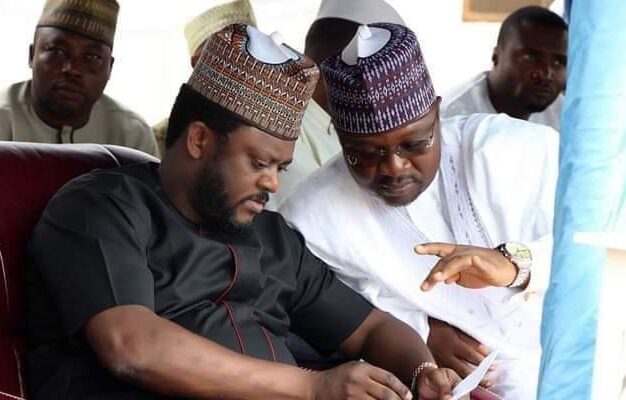 The Deputy Governor of Kogi State, Dr. Edward Onoja has congratulated the All Progressives Congress (APC) flagbearer for Kogi Central senatorial district in the 2023 elections, Engr. Abubakar Ohere, on his 56th birthday anniversary.

In a statement signed by his Chief Press Secretary, Promise Emmanuel, the Deputy Governor described the immediate-past State Commissioner for Works and Housing as a quintessential leader who has distinguished himself having served the state meritoriously in several capacities.

“As Special Adviser to His Excellency, Alhaji Yahaya Bello, and as Honorable Commissioner for Local Government & Chieftaincy and Works & Housing, you played significant roles in the growth and development of our dear State in the New Direction Team led by the Governor and we cannot thank you enough,” he said.

The Deputy Governor expressed optimism that Engr. Ohere’s ideals of uncommon patriotism over the years would spur him to do even more for his people as Senator representing Kogi Central district by the grace of God.

“I wish you divine  health and God’s continued guidance in the years ahead, praying God Almighty grants you the wisdom and strength required to fulfill your heart desires,” he added.