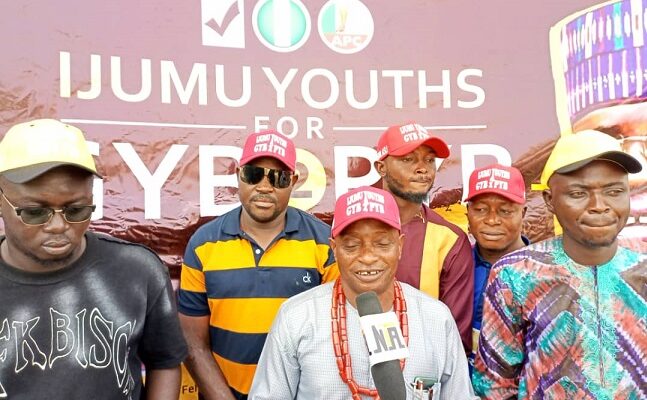 As part of sensitizing youths and women at the grassroots and need to support Governor Yahaya Bello for President come 2023, the Supervisory Councilor for Agriculture and Natural Resources in Ijumu Local Government Council, Hon. Asubiojo Success Fela, organized a motorcade tour across nook and crannies of the local government.

The programme recorded total support from the citizens and residents of the local government as numerous speakers aligned with the fact that Governor Bello has proven countless times that he is capable in securing our nation and he represents the larger percent of the country – youths and women.

The tour received a boost as the Executive Chairman of Ijumu Local Government Council and Kogi State ALGON Chairman, Hon. Taufiq Isa, officially declared the tour at his country home in Odokoro Gbede and the starting point of the motorcade.

The Director General of GYB2PYB, Dr. Kamaldeen Toyin and the Speaker of the motorcade appreciated the organizer for telling youths the numerous achievements of the youthful Governor, reiterating that Bello will do more of elected as the President of the Federal Republic of Nigeria come 2023.

He also thanked the Hon. Taufiq Isa for always supporting Governor Bello’s ambition and aspirations, “he is always ready when the name Gov. Bello is mentioned. He has turned himself into a youth by joining us in this motorcade, this will linger in our minds for long sir.”

Dr. Kamaldeen berated those elected in the past but failed the people, assuring the youths that with Governor Bello at the helm of affairs, more youths will be given opportunity to serve.

Numerous speakers and youths and stakeholders attest to the fact that Ijumu youths are ready for the elevation of Governor Yahaya Bello to President Yahaya Bello.