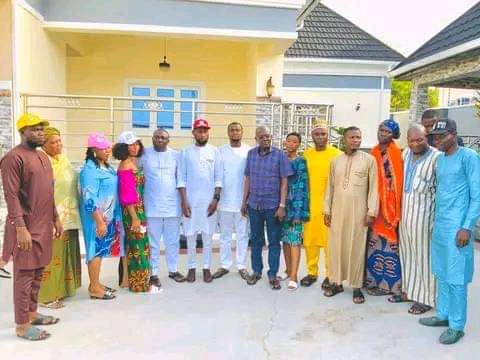 A political group, Kogi G-21, has declared support for All Progressive Congress (APC) and all its candidates in the forthcoming general election.

The group, led by its state coordinator, Comrade Abdullahi Jamil, made this known during a courtesy visit to the Deputy Speaker over the weekend.

Jamil explained that they are a political organization with strong affinity with APC. He added that the all-inclusive leadership style of the Deputy Speaker is the major reason for their stern support for APC.

Speaking further, he assured Hon Rabiu of the group’s resolve to work closely with him in this era of campaign, noting that his humility and constructive political engagements are infectious and are enough to win elections for any party.

While congratulating the legislator on his recent appointment as the Kogi East DG of APC Campaign Council, Jamil stated convictiothat with him steering the Eastern Zone of the state, their quest for political relevance is nothing short of a square peg in a square hole, and their manifesto will soon meet reality.

In his remarks, the Deputy Speaker commended them for recognizing his political walks across the state and the eastern zone in particular. He advised that they take the paths of seriousness and dedication while preaching APC sermons, assuring that he will be available to guide them at all times. He endorsed the group.

On his part, the Special Adviser to the Governor on Legislative Matters, Hon Haruna Idoko Musa admonished the group to be upright in their dealings.

He expressed confidence that Kogi APC is big enough to accommodate any group whose aim is to steer the party to victory.