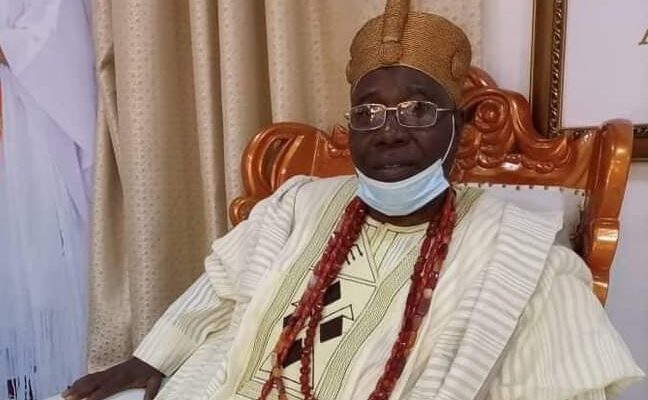 Governor Yahaya Bello and the Ooni of Ife, His Imperial Majesty, Oba Adeyeye Enitan Ogunwusi are among dignitaries expected to grace the official coronation of His Royal Majesty, Oba Lamidi Folorunsho Ayeni as Elejuku of Ejuku in Yagba East Local Government Area of Kogi State.

Gov. Bello is the special guest of honour while the Ooni of Ife will be the royal father of the day.

The coronation ceremony will hold on Saturday 29th October, 2022.

Iyalaje of Yoruba Oodua, Princess Toyin Kolade is the royal mother of the day with Aare Onakakanfo of Yoruba land, Iba Gani Adams with the Obaro of Kabba, Oba Solomon Dele Owoniyi and Agbana of Isanlu, Oba Moses Babatunde Etombi as royal hosts. Olori Bolanle Ilemore, the Olori of Olu Rigirigi of Bagido Isanlu, is the distinguished mother of the day.

The event, according to the First Class Chief, will also feature conferment of honorary chieftaincy titles and awards of excellence on important personalities as well as fund raising for community development.

The ceremony will hold at 10am beside McYenis Hotel, Ejuku and would feature an elegant display of the Culture and traditions of the Ejuku people.

Other guests are; Dr. Folashade Ayoade, Secretary to the Government of Kogi State, Pharm. Abdulkareem Jamiu Asuku, Chief of Staff to the Governor, Asiwaju Idris Asiru and Barr. Abdulsalami Ozigi Deedat, Commissioners for Finance, Budget and Economic Planning as well as Local Government and Chieftaincy Affairs.

About the First Class Monarch

He later changed to Painting and decoration as a result of lack of foreign instructors.

In pursuit of his desire for knowledge and higher education, Oba Ayeni attended Delta State University where he obtained a Bachelor Degree in Political Science.

His working career started at Leventis Technical Apapa where he worked briefly in the Sales Department before proceeding to the Nigerian Naval Apprentis School Dockyard Victoria Island.

The dream of Oba Ayeni of becoming an Officer in the Navy was cut short as a result of a fatal accident involving the life of a young officer, a Midshipman when he attempted to cross from Nns Dorina to the flag ship Nns Aradu. He fell and kiss the canvas, hence the monarch discouragement from becoming a Navy Officer.

Following his track record, dedication to peace and tranquility of his domain, the State Executive Council again elevation the Elejuku from 2nd Class to 1st Class Status, a promotion that is well deserved and reward for hard work.

His Royal Majesty has travelled far and wide both within and outside Nigeria.

With his wealth of experience as a successful businessman, it is assuring that his choice was a step in the right direction.

Oba Ayeni is happily married and the marriage is blessed with five lovely children.

Spread the love
Tweet
Previous PostOpen Letter to Gov. Bello: Reserve 30% of Oil Derivation Fund for Development of Ibaji Next PostNigeria-born Poetic Genius Writes Over 2000 Poems in One Year