In fulfilment of the promise made by NFF President, Amaju Pinnick towards grassroots soccer development during Natasha Akpoti soccer talent hunt, two players who were shortlisted for Nigeria under-17 national team resumed camp.

Speaking to journalists, the head coach of the Golden Eaglets Manu Garba, said his team is currently preparing for the 2019 Africa U-17 Cup of Nations which he said will be starting on 12th May in Tanzania.

According to him, the top four teams of the tournament will automatically qualify for the Fifa U-17 World Cup in Peru in October next year, the reason he said the boys need to prove themselves.

Speaking after the players joined their colleagues in Abuja camp, the founder of Natasha Akpoti Foundation, Barr. Natasha Akpoti said, two other players for under-15 national team will soon resume camp.

She pointed out that her dream is to see her boys playing for under-20, the ones in under-17 and the two others that will be resuming under-15 camp in Super Eagles and international clubs in no distance time, adding that she is committed to creating opportunities for the teeming youths in their chosen field.

She said, “My vision is to expose Kogi Central to the world and make it a prosperous land. This vision transcends political leanings, clan, religion and gender.

“This is my focus and I will do more and use my office to create more opportunities for our youths when I get to the Senate.Thank you Sir Amaju pinnick and the entire NFF for redeeming your promises towards grassroots soccer development “, she said.

It will be recalled that Natasha Akpoti Foundation in collaboration with Soccer for Peace foundation, Webster group, and Nigerian Football Federation (NFF) recently organised Soccer Talent Hunt in Kogi State where outstanding players were selected by NFF to join Nigeria national teams.

The Grassroot Soccer Talent Hunt, an initiative of Natasha Akpoti Foundation (NAF), in partnership with Soccer for Peace Foundation and Webster Group, with the approval of Nigerian Football Federation (NFF) is aimed at giving helping hands to the youths and unravel their hidden potentials to the world.

The soccer talent hunt started with screening of 45 players selected from the three senatorial districts of Kogi state held at the Kogi polytechnic field, Lokoja Kogi State, in November.

The final stage of the Soccer talent took place in Ihima Township Stadium, OKehi local government, Kogi State on 11th November 2018, Amaju Pinnick team won the match with a prize of one million naira and the runner up with five hundred thousand naira.

The Kogi Central SDP senatorial candidate who is famous for championing the advocacy for Ajaokuta revitalisation to boost Nigeria economy and create opportunities for the teeming youths reiterated that she is poised to explore all avenue as well as using her connection to making the youths realise their career path. 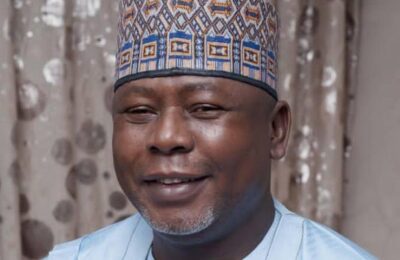 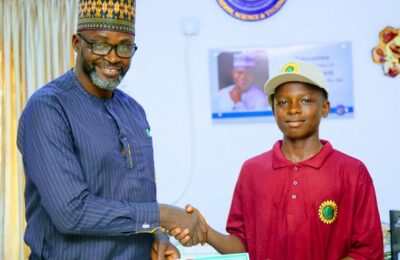 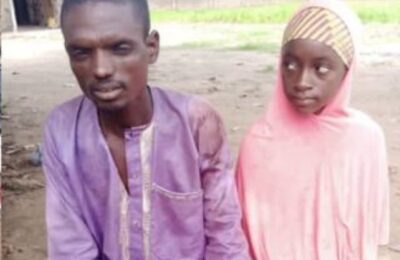