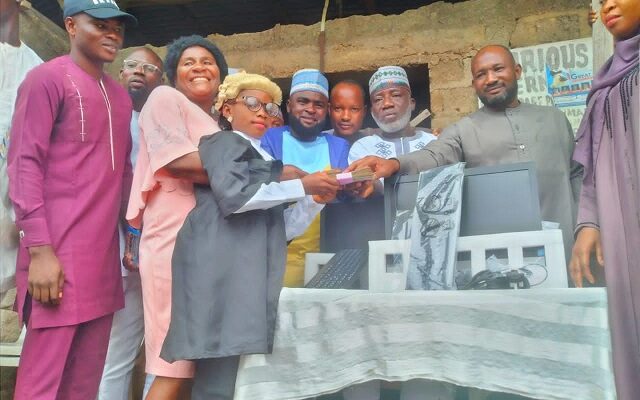 In fulfilment of her promise to the Glorious Kids Academy, Okene, Kogi State, the Founder and Chief Executive Officer of the Natasha Akpoti Foundation, Barr. Natasha Hadiza Akpoti-Uduaghan has donated two sets of all-in-one desktop computers to the school, aside cash award and written commitment of her meeting with the ‘Little Lawyer’, Nana Fatima Lawi who acted Natasha in a drama organized by the Academy during her annual graduation ceremony on the 6th of August 2022.

In her appreciation message, the Proprietress of the Glorious Kids Academy, Mrs. Victoria Ngene described Natasha as an outstanding, virtuous, reliable, magnanimous and transparent leader who their children look up to for quality leadership and governance not just in Kogi State but Nigeria at large.

Speaking on the impact of the gesture to the Academy, Ngene said “your support has not only made the children and the school happy but has equally paved way for the children to have better knowledge of ICT which will broaden their mind towards the future”.

Narrating the inspiration behind Fatima’s smart performance in the drama, the mother of the six year old girl, Mrs. Rafatu Audu Lawi said “right from when she was less than four years, Fatima has always disturbed me that she wants be a barrister (lawyer) and she wants to be like Natasha Akpoti. I have always taken her like a joke but it gradually turning to be real. On-behalf of the father who is unavoidably absent, we sincerely and immensely thank her and her team and we pray that God will grant her the next senatorial seat of Kogi Central and higher positions.”

Earlier, presenting the items on-behalf of the Kogi Central PDP Senatorial flag bearer, the Okene I House of Assembly Candidate for the party, Hon. Yakubu Azamare, represented by Hon. Abdulrahaman Amoka, the Okene LG PDP Chairman, Hon. Ibrahim Adabara, alongside the Natasha Grassroot Team led by Cmr. Musa Onivehu Habeeb, geared the school to remain committed to academic excellence, proper mentoring of children while assuring the management of cooperation for the growth and development of education across communities in the district. 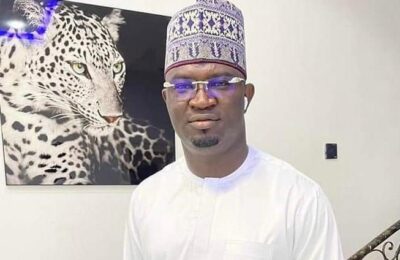 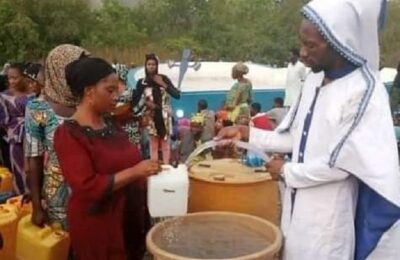