Home News Gap Between Political Class and the Poor: Priority for Candidates – Adabara 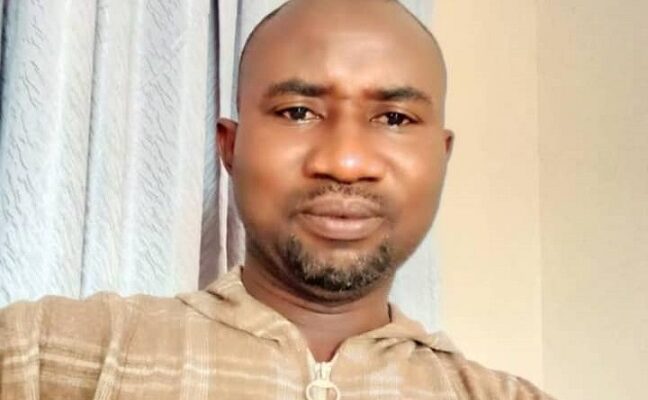 Gap Between Political Class and the Poor: Priority for Candidates – Adabara

It is written that man cannot live by bread alone. Despite the current increase in the general prices of goods and services, sudden rise in the cost of transportation, goods within Ebiraland, transportation from Okene to any party of Nigeria is just too high. Why is our own always looking different? Government should address this issue as a matter of urgency.

Another disturbing issue; Ebiras are not known as beggars, but hunger in the land has forced many to the street. Historically, Ebiras people don’t beg for money. They are shy to beg, not only for money, even for favour from people. But, the Hausa from the Northern parts of the country have somehow spread their culture of begging to some few Ebira people. That is why you see some of our people begging for alms.

A typical Ebira person would be shy to beg for money. No matter how deprived a Ebira parent is, he or she would find it extremely hard to take to begging.

Begging, as a trade, is, over the years, said to be associated with physically challenged groups of people from a section of the country. These people are most often visible at public places such as markets, mosques and other high density areas where they sit and chorus ‘please, give me for the sake of God’ but today reverse is the case.

Begging now a thriving business In Ebiraland. The earlier we plan to put an end to it before it becomes a norm.

A foreign culture of begging for survival is silently spreading among the Ebira. Old and young able bodied are finding a goldmine in the trade.

At social gatherings where no restriction is imposed on free movement, these people are often seen at every available space harassing the guests with plea for money.

Another category of the new generation beggars are so daring that they appear in good dress and go after important personalities of the society. They keep a close watch at their target as if they were paid security agents. The embarrassment they cause their target force them to throw some mints at them to have peace and enjoy the gathering.

Against this backdrop, parents make it an obligation to their children to insist on hard work as only road to success.

Ebira people have pride when it comes to preserving family name. A beggar has no honour whatsoever in Ebira land

As political parties and politicians begin activities towards the general elections of 2023, they must focus on the development of programs which will bring about a reduction in the rate of poverty. The era of seeing occupation of public office as the ultimate end not the means to an end of service to the people should be left behind in the past.

The populace must learn to ask questions of politicians who come to seek their votes. Voting based on ethnic, religious or tribal considerations must be consigned into the dustbins of history.

Ebiras should shun politicians who have failed in current positions from emerging in the forthcoming general election.

We should spot those whose antecedents have been against the growth and development of the our area to ensure that they are not returned to power or other positions of responsibility, collect your PVCs and ensure  casting of votes for acceptable candidates.

We should demand accountability from those politician now and make sure good politicians emerge in 2023 by Allah will.

Today in Ebiraland, the new classes of people had emerged namely:

The working class consisting of civil servants and professionals.

I want to suggest that His Royal Majesty, the Ohinoyi of Ebiraland should call a meeting of stakeholders and elder statesmen, irrespective of their party affiliations, to discuss the issue of Ebira Economy. There should be a local dialogue that must examine if there is a need to amend the the high rate price of goods and transportation, which has been very difficult to achieve over the years.

The way out to put an end lies with the local government administrators  traditional leaders and the political leaders . It is very simple. Government can set up rehabilitation/detain centres for the vulnerable/beggars in the society. From there, government can provide what they would eat for the vulnerable among them.  The wealthy people in the society can also go to such rehabilitation centres to donate relief materials, such as foods, drugs, clothes and cash to the needy. Failure of the government/parents  to tackles the issue from this perspective, the problem of beggars in the society will have negative impact on the society in few years to come.

would not have arise