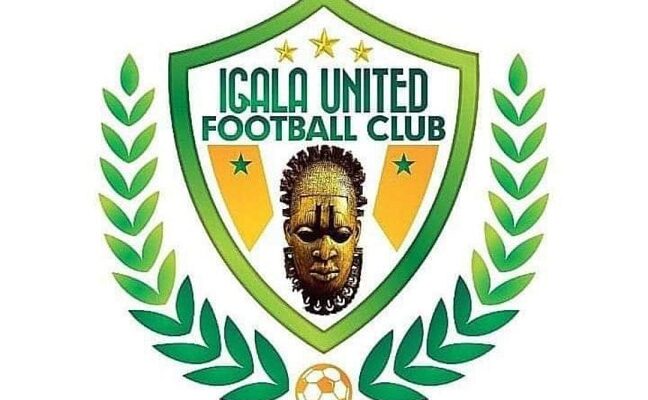 Igala United Football Club of Kogi State has gained promotion from the Nationwide League One Division 3 to Division 2 after finishing second behind Jazzy Stars Fc of Plateau State at the Gwagwalada Centre.

Igala United Football Club who defeated Jazzy Fc in their opening game of the just concluded Nationwide League One Division 3 at the University of Abuja Teaching Hospital, Gwagwalada by a lone goal scored by Emmanuel Omale, however, lost their returned leg match to same Jazzy Fc 5-4 on penalty shootout after proceedings ended 1-1 in regulation time.

The penalty shootout was to determine which team tops the group.

Jazzy Fc and Igala United Football Clubs however were given the green light to proceed to Division 2 of the 3rd tier league after amassing maximum points and after other participating teams especially from Niger State failed to show up for the playoffs.

With the inability of some of the contending teams to show up in Gwagwalada, Jazzy Fc and Igala United picked the two tickets to the next division after placing first and second respectively.

Speaking with sports writers at the University of Abuja Teaching hospital football pitch, a visibly elated Technical Director of Igala United Football Club, Coach Abubakar Kamar Olachene showered praises on the boys for achieving their long term dream of promotion to the next division in just their second season in the Nationwide League One Division 3.

He thanked Dr Victor Alewo Adoji for his financial support which he said has made the execution of this year’s playoffs a reality and huge success.

“We thank and appreciate almighty Allah for this feat. We came to Gwagwalada well prepared because we knew that we are coming to meet with the best from other states and so we prepared well and that preparation has given us promotion.

The boys kept their heads up and displayed the spirit of resilience, determination and doggedness which handed us this promotion.Worthy of mention is Dr Victor Alewo Adoji,the man who has given everything to the team to ensure we get to where we are today.We can’t thank and appreciate him enough “

Coach Jeremiah Zhokwo of Igala United Football Club said they were able to achieve this feat in the second attempt because of Hardwork and adequate preparations.He said because the team lacks nothing,they in turn resolved to justify the confidence reposed in them by picking one of the promotion ticket from the group.

By this promotion, the club from the Eastern Senatorial zone of Kogi State will next season be plying their trade in the division 2 of the Nationwide League One