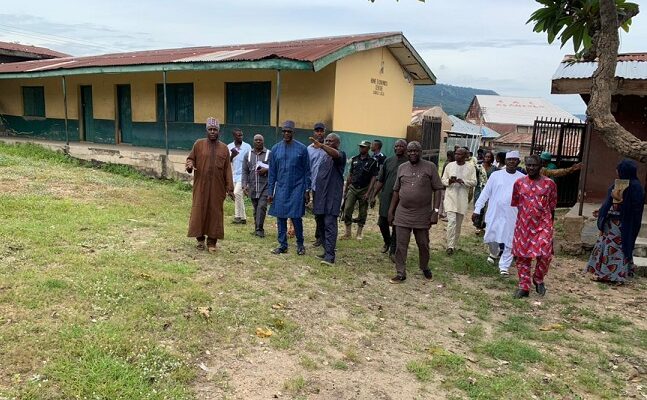 Flood: No Disease Outbreak in Our IDP Camps – Kogi Govt

Kogi Government on Saturday said there was no disease outbreak in any of the Internally Displaced Persons (IDPs) Camps in the wake of flooding in the state.

Dr Zakari Usman, Kogi Health Commissioner, made the pronouncement during an assessment tour of various flood affected camps in the state.

This positive development was as a result of government’s proactive steps at continuous assessment of the health conditions of the inmates for quick response at preventing any outbreak of disease.

“Today’s visitation and assessment is to give us first information on what we need to do in the area of succour to the various victims, to ensure good health conditions as they (victims) temporarily stay in the IDPs’ camps.

“We have seen the number of house holds in the various camps and by God’s grace we shall be able to provide them with the necessary health facilities such as Anti Malaria Prophylaxis and Long Lasting Insecticide Treated Nets (LLINs), especially for pregnant women,” he assured.

The commissioner, who was accompanied by a team of health officials of the ministry, commiserated with the victims whose health and wellness were important to the state government.

He said the government was more particular about the vulnerable group, like the number of children, pregnant women, persons of 60 years and above and Persons With Disabilities (PWDs), the adolescent and teenagers for proper medical care.

“These sets of persons or groups need adequate protection against diseases such as Malaria and Typhoid Fever, Diarrhea and Cholera pandemic.

“We are aware some persons lost their homes, businesses, large expanse of farmlands and crops and some persons died or sustained injuries due the flood, which is natural desaster.

“We also understand the psychological injury sustained that will linger on for a while for you as victims of this unfortunate flood.

“This flood is a natural disaster that nobody prepared for but what matters is how we put ourselves together to move beyond it.

“As a government, which has been overwhelmed by the magnitude of the flood in the state this year, we need assistance from the Federal Government, national and international organisations as well as corporate bodies and wealthy individuals, ” he said.

The News Agency of Nigeria reports that the commissioner tasked SEMA coordinators in the various camps to synergise with his ministry to ensure that the IDPs were kept in good health till the flood recedes.