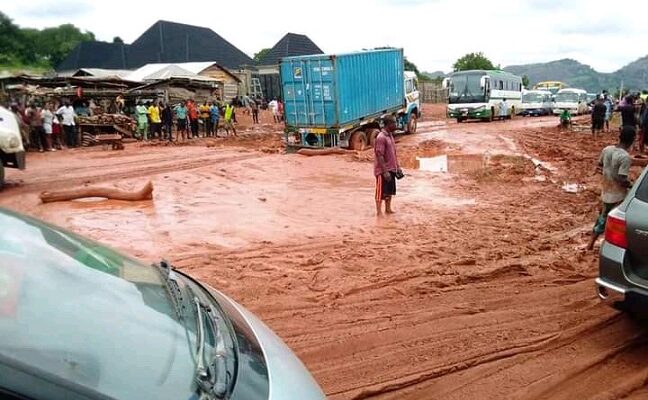 The caption “From potholes to boreholes” is not a mere illusion but a true picture of the plights, suffering, pains, agonies of an ostracized community begging for succour, but who will hear them?

Against the backdrop, this article is carefully scripted to paint the current state of roads in Okunland, which is home to the Yoruba speaking people of Kogi otherwise known as the Okuns.

You would recall some concerned citizens of Kogi, on the platform of Apapo Omo Yagba Peace Association Road Project have been calling on the federal government and other concerned authorities in the past few days, to fix dilapidated roads in Okunland, which has been a death trap and haven for kidnappers over the years.

Subsequently, these concerned citizens started an awareness campaign with the #FixOkunRoads, advocating for the rehabilitation of abandoned roads in the region.

The question is, where is the N621.2bn federal government approved for the rehabilitation of Federal Roads in the country? There’s no sense in playing political gimmicks with the mandate of the people. Kogi is entitled to the dividends of democracy and shouldn’t be sidelined in the sharing formula if truly the constitution of the federal republic of Nigeria is supreme.

As far as the people are concerned, there is no government when you deprive them of their right to these basic amenities needed to improve their livelihood. Good governance is all inclusive with Kogi not an exemption.

The state of Federal Roads in Okunland today have gone beyond bad to worse, as many seems to be counting their losses as a result of the negligence of the so-called leaders who have little or no empathy for the masses that voted them into power.

It’s high time politicians stopped promising ‘heaven on earth’ all in the name of campaigning for elections when they know they won’t be able to fulfill their promises to the electorates. Good governance requires sincerity and service to the people, which must be done selflessly without any iota of political gain.

The present predicament of Okuns needs government intervention across board. There is need for synergy between the state and federal governments to create good road networks for the good people of Kogi. With the availability of good road networks, the issue of insecurity and other haphazard occurrences bedeviling the state will be reduced drastically.

– Arogbonlo Israel, is a journalist and good governance advocate.