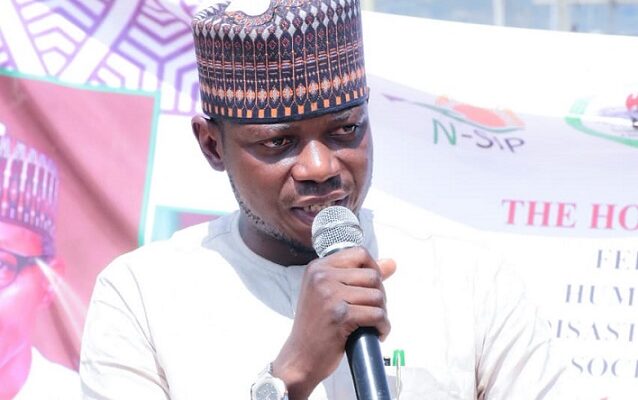 Onyekehi disclosed this in an interview with NAN at the sideline of the flag off of the distribution of Feeding Utensils to the beneficiaries of the HGSFP in Kogi, at Saint Luke Primary School, Lokoja.

According to Onyekehi, the aimed at delivering feeding to public schools’ pupils from primary 1 to 3, was achieving its purpose and objectives in Kogi State.

Onyekehi said that the NHGSFP covered about 1800 schools, and 177,000 pupils out of the total of 258,000 that had been captured were benefitting from the program.

He added that efforts were on top gear to capture all pupils in public primary schools from class 1-3 as they progressed.

He emphasised that the HGSFP had geometrically increased school enrollment in Kogi according to pupils’ population statistics from 115,000 to 258,000 pupils.

Onyekehi, who doubles as the Special Adviser to the Governor on Special Projects, stressed that the feeding programme had also drastically reduced malnutrition among the pupils while alleviating the suffering of their parents and guardians.

He added the other components of NSIP such as the Conditional Cash Transfer (CCT) the NPower, the Government Enterprise and Empowerment program (GEEP), had impacted posively in the lives of the beneficiaries as well as the economy of the state.

He said that number of CCT beneficiaries in Kogi for the poor and vulnerable citizens, had increased steadily from about 11,000 to 74,111 in 2021 describing it as a huge success.

He reiterated that the NSIP remained the most impactful social intervention programmes any government had ever initiated in this country in terms of poverty alleviation, entrepreneurial and job creation.

Onyekehi further said that, the Ministry of Humanitarian Affairs is currently carryout pupils enumeration exercise in the state to digitize and authenticate the data. The Ministry has also engaged independent monitors across the 21 LGAs for the monitoring of National Social Investment Programme in the state.

He said that the school feeding component of the NSIP has the widest value chain. The program creates empowerment for women as cooks, it boost the income of local farmers, industries and traders.

He commended the Minister for the distribution of the feeding utensils, while appreciating President Muhamadu Buhari for the initiative.

He eulogised the governor for his unalloyed support for the programme, saying, ”we are grateful to our amiable and pragmatic Governor for taking the lead as far as the NSIP is concerned in Nigeria.

NAN reports that the distribution of the utensils was launched by the Secretary to Kogi State Government, Dr Afolashade Ayoade on behalf of the Governor, after they were handed over to the state by the Minister’s representative, Mallam Sule Aliyu Chogudo, a Deputy Director of Social Welfare in the Federal Ministry of Humanitarian Affairs, Disaster Management and Social Development.