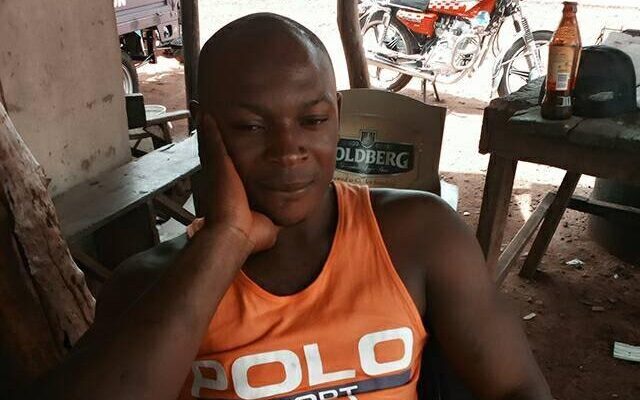 A former Commissioner for Rural Development in Kogi state, Hon Daniel Oneh Ejigbo, has filled an action in court against Kashim Mohammed, aka Idiye Mopol, and one of his boys, Mikail Mohammed.

In an eighteen page writ of summons dated 19th December, 2022, signed by Ataguba S. Aboje Esq Legal Practitioner of A&G, the former Commissioner claimed that the defendants statements published on Facebook on the 15th November, 2022 are false and amounts to libel.

Hon. Ejigbo said the defendant accused him of being a corrupt government official who looted project monies given to him by the government.

He equally said the defendant accused him of sabotage, undermining the Kogi State Government by sponsoring negative and damaging media campaigns against the government.

Hon. Daniel also said the defendant alleged that he embezzled government fund meant for development, cannot account for the money given to him as Commissioner.

While pointing out that he has suffered psychological trauma, pain, shunned and vilified by some members of the community as a corrupt public officer.

Umoru Shaibu was killed by armed men who drove into Abocho town with police uniforms which people believed to be fake police.

Idiye Mopol accused the former Commissioner of mobilizing the police that killed the PDP youth leader.

There has been several security reports on the activities of the dreaded APC youth leader Idiye Mopol, but being accused of enjoying local government protection due to hatchet assignments he and his team are known for.

Hon Ejigbo pray the court to declare the statements about which the claimant published on Facebook are false and amount to libel.

The former Commissioner is equally seeking an order awarding N1,000,000,000 as general damages against the defendant.

Hon. Daniel is equally seeking an order to perpetually restrain the defendant from further publishing further untrue statement about the matter.

Similarly, an order directing the claimant to delete the libelous statement from his page and to publish a retraction and an apology on his Facebook page and another order awarding N3m as cost of the action as well as awarding 30% interest per annum on the judgement sum.

The plaintiff sought, among other things in the libel case, an award of N1 Billion as damages to the purported action which included a perpetual order restricting him from further publication of such damaging and untrue reports pending the determination of the suit.

An award of 3,000,000 Naira pursuant of order 39 of the court directing the defendant as payment for judgement on 30% interest on the judgement fee until it is paid off.

These demands, according to the plaintiff, is pursuant of civil procedure rules of 2018.

The counsel said the former commissioner is a politically exposed person that had defied political confrontations from opponents hence his decision to approach the court through a civil procedure.