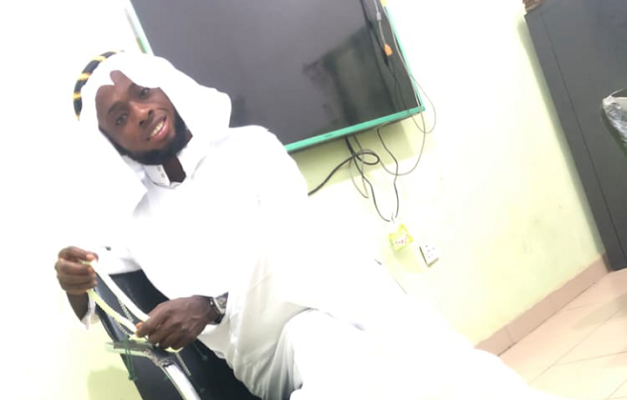 Kogi State born singer and song writer, Abdullahi Yahaya, known on stage as Young Tizee, has called for prayers to end insecurity in Nigeria while congratulating Muslims in Kogi State and across the country, on the completion of the Ramadan fast and the celebration of Eid-Al-Fitr.

In a message, Yahaya said it is a thing of joy that Muslims and non-Muslims have witnessed another celebration of Eid-Al-Fitr.

Mama singer enjoined Muslim faithful in Nigerians to reflect the spiritual benefits of Ramadan, which include love, peace and justice in their daily living and through this, contribute to the development of the nation.

He equally called on all Muslims not to depart from their good ways exhibited during the 30 days of spiritual exercise, which, he said, had drawn them closer to Almighty Allah (SWT) with a lot of lessons learned in the process.

MMG gang CEO also urged all Nigerians to be law-abiding and to embrace the spirit of love, self-discipline, kindness, and tolerance as taught by the Holy Prophet Mohammed (SAW).

He charged the youths to celebrate in moderation and show love to one another, saying the current situation in the country has made it imperative for Muslims and non-Muslims to live in peace and harmony and to seek the face of God in prayer for divine intervention.

Come to me crooner noted that the holy month of Ramadan is an opportunity for Muslims to deepen their relationship with Allah (SWT), promote a life of sacrifice, charity and love for one another.

He affirmed that there was no better time for Muslims and non-Muslims to show love and togetherness than when joining forces in battling a common enemy, saying it is remarkable that the bond among the people is growing amid the very difficult times.