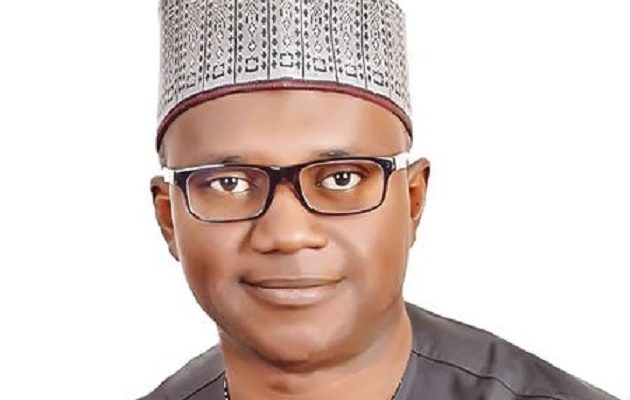 As politicians across the country begins to oil their political arsenal in earnest for the next election, a former governorship aspirant in Kogi state ,Alhaji Suleiman Aminu Abubakar has disclosed that his political journey would best be realised through the senate than any political office.

This is as his recent consultations and political engagement with critical political actors across the Kogi East senatorial district has revealed his strength and comparative opportunity which lies with contesting for the senate in the next election dispensation.

The was disclosed on Wednesday by the National Chairman of Kogi East Progressives Forum, Mr. Ojochenemi Adejoh in a chat with selected Journalists in Lokoja, Kogi state capital.

Adejoh, who said he has the ears of Alhaji Suleiman Abubakar, noted that it has become necessary to dispel rumours making the rounds in some social media platforms alleging that the budding politician is still nursing gubernatorial ambition.

Adejoh explained that although Suleiman Abubakar had contested governorship election under the Peoples Democratic Party (PDP) in the last election in Kogi state, his recent consultations and engagement with critical stakeholders across the Eastern senatorial district exposed his potentials in senatorial election.

He, however, advised mischief makers to first of all consult the politician on his future political aspiration before going to the market place to dish out misguided and unfounded information to the populace which is capable of causing disaffection in the body polity.

According to him, Alhaji Suleiman Abubakar in his attempt to launch himself into political firmament of the state chose to try his luck with the governorship election, but he has quickly realised that his ambition would best be served in the senate and urged his supporters to carry his senatorial ambition across the nooks and crannies of the senatorial zone.

“Alhaji Suleiman Abubakar experimented with the governorship election in 2019 election. He used that election to announce himself into the political turf in the state. Although, he did not emerge as the candidate of his party, he has learnt some lessons which will galvanise him for the future elections.

“His consultations with political leaders from the zone has exposed his strength and opportunities which lies for him in the senate. From his ongoing  consultations, he will remain the man to beat in the senatorial contest.

“We are using this medium to appeal to the people to seek clarification from him before dishing  out spurious, concocted and fabricated stories to the unsuspecting audience.

“We equally call on our supporters to remain calm and not to join issues with anybody on his choice of political office. He is old enough to know which office he has comparative advantage and I can authoritatively assured you that he will be second to none in the senatorial election,” he assured.

While calling on the Kogi East electorate to weigh aspirants on the scale of their antecedents, urged political leaders of the zone to close ranks in order to filter out those who have the pedigree to deliver dividend of democracy to the people before pitching their tent.

It would be recalled that Alhaji Suleiman Abubakar contested the 2019 Governorship primary election under the PDP but could not garner enough votes to making him the standard bearing of his party, the situation that has kept his admirers guessing for the office he will contest again.