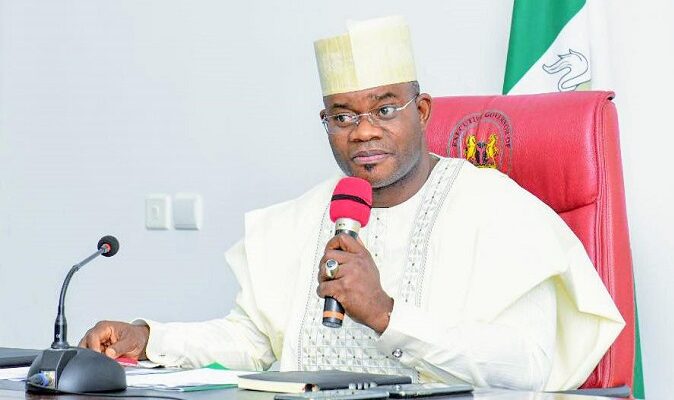 In a statement issued in Odo-Ere on Monday, Kolawole said Bello’s prompt intervention led to the arrests of the assailants.

He condoled the families of those who lost their loved ones in the unfortunate incident, praying that God grant the bereaved families the fortitude to bear the irreparable loss and make the souls of the deceased find eternal rest.

“It is with mixed feelings but of essence that I address the general public, citizens and residents of Yagba West LGA of Kogi State, Nigeria today Monday, 20th December, 2021 on the unfortunate incident of Tuesday 14th December, when the men of the underworld launched terrible robbery attacks on the First Bank, Access Bank and UBA Bank all in Egbe and Odo-Ere communities in Yagba West respectively where lives were lost with several people sustaining various degrees of injuries.

“Let me first of all, on behalf of the government and good people of Yagba West specially acknowledge with enormous appreciation the quick, prompt intervention of the Chief Security Officer and the Executive Governor of Kogi State, His Excellency, Alhaji Yahaya Bello for making sure that those robbers who came in their ‘ numbers to attack the people of Yagba West returned back in their Zeros’ as the peoples Governor would put it,” he said.

The council chairman stated that Governor Bello gave all that was required and for good four days, deploying an helicopter to Yagba West for surveillance and effective patrol of the entire area so as to ensure that criminal elements have no hidden place.

“This is a proof of your love and a demonstration that Yagba People occupy a very special place in your heart and government as this is unprecedented in the annals of our history.

“This singular efforts of His Excellency, Alhaji Yahaya Bello is a further confirmation of his Excellency’s leadership capacity, prowess, competency and a testimony that under the Yahaya Bello’s Presidency the prosperity, Unity and stability of Nigeria shall be guaranteed because our country will be safe and secured again.”

He hailed the courage, coordinated and spontaneous response of security agents, the hunters, vigilantes, the police, the Nigerian Army and other security agencies who immediately launched a manhunt to apprehend the robbers in response to government directives.

“Notwithstanding the attack of the 14th December, which was an attempt to challenge and discredit the security architecture and various efforts of the Kogi State Government and my administration to ensure safety of lives and investment not only in Yagba West but the entire Kogi State. The victory recorded against the robbers is an affirmation of our capacity and a signal to those who may be contemplating to undermine our efforts.

“At this juncture, let me restate my administration’s commitment to the economic progress, social stability peaceful coexistence, protection of lives and property of the citizens and residents of Yagba West which is our primary responsibility as a responsible and responsive government.”

While praying that those who sustained injuries and receiving treatment in the hospitals recuperates in no distant time, Kolawole called on the good people of Yagba West to remain calm and go about their lawful businesses without any fear of harassment or molestation.