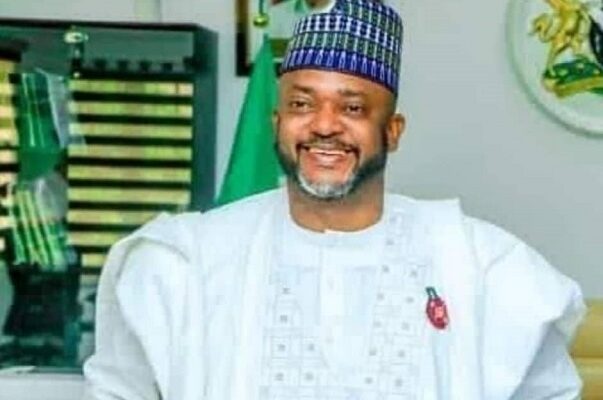 Chief Edward Onoja, the Deputy Governor of Kogi State, has been asked to declare his interest in succeeding his boss, Governor Yahaya Bello, when his current term expires in 2024.

The letter which highlighted the qualities of Onoja, explained in questions why he is the best match for the position of the governor.

“Your Excellency, Sir, ordinarily, this letter would not have been made public. It took this form because I am writing on behalf of thousands of other people throughout the length and breadth of Kogi State.

“I hope this message finds you well. I also know you are fine because a riverside tree never runs out of water.

“Without further ado, Sir, I write to call on you to participate in the next Kogi state governorship election on behalf of myself and many others who have yet to speak up.

“Sir, recall that the Independent National Electoral Commission recently set the dates for the state’s primary and prosper elections.

“You may also recall that your boss, His Excellency, Alhaji Yahaya Bello, has stated that he will hand over to a capable successor who has been a member of his team since the beginning.

“It may not be appropriate to go back in time to remind your boss of your role, because he is a man who does not forget the past, which is why he chose you as his Chief of Staff in the first place before eventually becoming his Deputy.

“Governor Bello keeps records, so we are confident he would not look far.

“However, this clarion call is pertinent so that you can keep yourself ready because we can see that you focused on serving your boss without giving room for distraction.

“Sir, if you ask me why it must be you, the answers is simple, but let me also make it in form of questions, so that others that will be reading this letter can join you in telling themselves the answers.

“Who is that generous as well as down to earth like you? Who understands the dynamics of Kogi State, our history and journey so far than you?

“Who again in the new direction government has your kind of experience? Looking at the positions you have occupied and when you started your political race as at when you contested State Assembly?

“Your Excellency, these questions can go on and on and on because your qualifications are endless. We would start bringing them out in details and due time.

“In the meantime, I hope that you react to this letter when due by declaring your interest, so that, myself and other Kogites aching to have another governor that can build on the legacies of Yahaya Bello, can be rest assured that the future of the state will be in safe hands. Thank you and God bless you, Sir.”