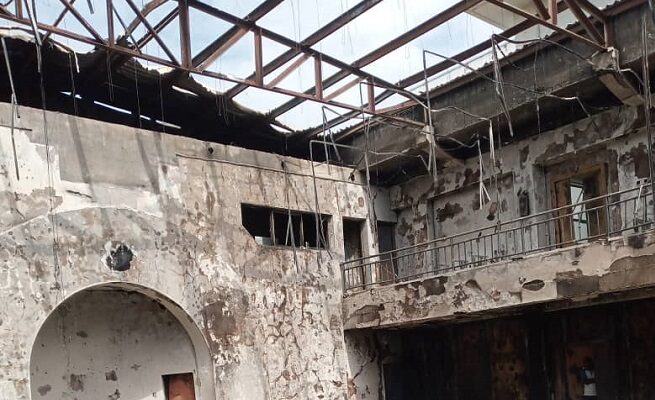 The chamber of Kogi State House of Assembly was, on Monday, burnt in an early morning inferno.

The gallery was also razed in the fire that reportedly started around 7am.

The State Fire Director, Mr. Salau Ozigi said the reason for the fire cannot be immediately ascertained as investigations have just commenced.

According to him, he got a call at about past 7am and officers of the State Fire Service were mobilized to use first aid equipment to control the fire.

He noted that the fire was controlled not to go beyond the chamber and gallery.

Speaker of Kogi State House of Assembly, Prince Matthew Kolawole who rushed to the scene in company of his colleagues attributed the fire disaster to “activities of saboteurs”.

Kolawole stated this whole speaking to newsmen shortly after inspecting the damage caused by the fire incident.

He pointed out that the fire disaster will not affect any decision of the House as it not deter lawmakers from performing their constitutional duties.