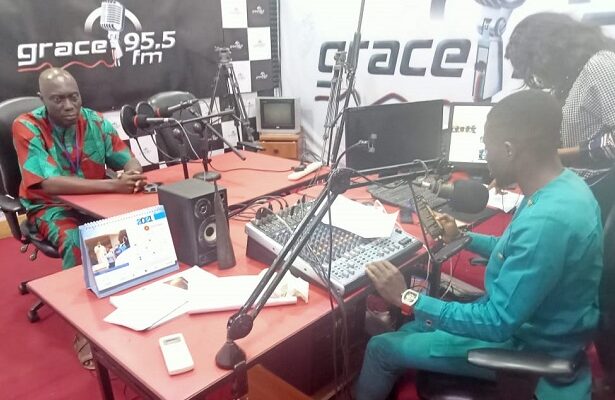 Media institutions in the country have been advised to use appropriate words and languages that will prevent  incidences of violent extremism, rather than reporting issues that have the tendencies to escalate violence in the society.

Abu Micheal, Publisher The Nigerian Post Newspaper, gave the charge on Tuesday while airing his views as a guest on Grace FM Lokoja Radio Programme ‘The Message’ sponsored by  ActionAid Nigeria and PIBCID.

The Grace FM radio program is in pursuance to the System and Structure Strengthening Approach against Radicalization to Violent Extremism (SARVE II) project in Kogi and Nasarawa States aimed at building community resilience against radicalization and violent extremism (VE), with funding from Global Community Engagement and Resilience Fund (GCERF).

Speaking on the roles of journalists and the media in preventing and countering violent extremism, the Publisher called on media practitioners to ensure that their reportage will effectively address problems leading to P&CVE in Nigeria with facts and to avoid sensationalising stories.

While calling on the media to brace up to the task of uncovering those behind violent extremism, he urged them to also follow up such cases in the court of law with a view to letting the public know the consequences of violent extremism on the social economic lives of the people.

The Publisher urged the media to intensify efforts at awareness creation on P&CVE by devoting special pages for discussions of P&CVE, in the case of print media, organizing debates on the issues and to enlighten the public about the negative impact of violent extremism in the society.

He lamented at the causal effect of violent extremism in the society, if not checked, would affect socio economic development of the people.

The Publisher urged the media to focus on addressing the ‘push factors’ of marginalisation, inequality, discrimination , as well as the ‘pull and contextual factors’ by addressing lack of rule of law, corruption and criminality that are drivers of violence by government and the relevant agencies.

Abu warned the media against celebrating groups linked with violent extremism by not spreading their messages, maintaining that if they are not celebrated they would have a very limited impact and coverage.

He charged the mass media to escalate their traditional roles in the dissemination of information as they have the power and ability to shape opinion, belief, habits and to mould  behaviours.

He commended ActionAid and PIBCID for the impact they have made in the state. He expressed satisfaction that the feedback from the radio programme is achieving desired objectives.

Spread the love
Tweet
Previous PostPolitics: Why Unity is Important Next PostKogi Begins Training of 1,080 Health Officers for Implementation of Basic Healthcare Fund