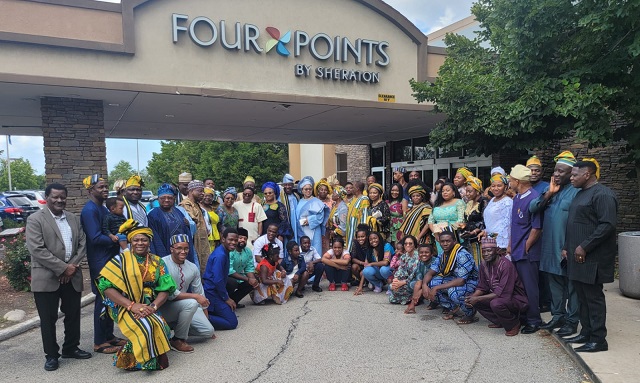 The new executives emerged at the association’s 21st Annual Conference in Chicago United States of America which took place between 2nd and 4th of September, 2022.

This was just as the paramount ruler of the Igala Kingdom, Attah Igala, HRM Mathew Alaji Opaluwa Oguche Akpa II charged the Igala community living in the diaspora to unite with efforts to secure, develop, and industrialise Igala land.

A statement by the Igala USA public relations officer, Raphael Agbali, quoted the Attah to have indicated that such development should translate into new technologies that can create employment for the teeming youths and making Igala land more secured and prosperous.

Addressing the 21st Annual Conference of the Association via virtual feed, the Attah Igala, joined by the Achadu Oko Attah Igala and Prime Minister of Igala Kingdom, HRH Chief Abu Shaibu Aneku, also prayed for success of all Igala, noting that prominent sons and daughters of the land have excelled in all areas of human endeavours and world endeavours.

He further called on all Igalas in the USA to be excellent ambassadors of Nigeria and Igala land and ensure to teach their offspring the culture and language of their land of origin.

The well-attended conference which had the theme ‘Confronting security situations in Igala land’, witnessed colorful displays of Igala cultural attire, food and dance.

Others are Incisive deliberations, a city tour, the Miss Inikpi teen-talent show and Gala, climaxing with the election of a new 10-member executive council led by President Teresa Edoja and secretary, Dr. Habiba Usman to run the affairs of the organisation from the out-going executive led by Mr. Jonathan Adejoh.