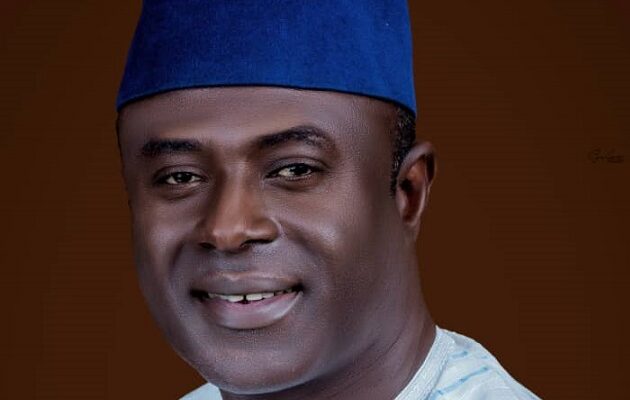 Dangote Cement: ‘Those Whose Palm Kernels Were Cracked by Benevolent Spirit Should Remain Humble’ – Ex-Kogi Lawmaker

A former member of the Kogi State House of Assembly, Hon. Abdulmumini Ibrahim has commended Governor Yahaya Bello for re-activating the age long agitation of the people on the controversial cement plant in Obajana.

In an exclusive chat with Kogi Reports on Friday, the former lawmaker and chieftain of All Progressives Congress (APC) urged Alhaji Aliko Dangote to consider the popular proverb that said: “Those whose palm-kernels were cracked for them by a benevolent spirit should not forget to be humble.”

He posited that the people of Kogi state are the benevolent spirit that cracked Dangote’s palm-kernels.

He called on Dangote Group and its chairman, Alhaji Aliko Dangote to face reality and begin to treat the government and people of Kogi state well.

Abdulmumini said today’s order to reopen the sealed cement plant by Federal government is not enough to sweep the raging issue under the carpet. He advised Dangote to see the order as an opportunity for him to do the right thing.

The former lawmaker said the current action of Kogi state government is not an issue of witch-hunt or an attempt to discourage investors. He described Kogi as an investor-friendly state.

He recalled that in 2015, as a member of the 6th Assembly in the state legislature, the issue of ownership of the cement plant was raised but was not properly dealt with as the House adjourned ahead of the 2015 governorship election.

“Kogi is a place where people respect investors a lot because we believe they have come to add value to our state.

“This issue has been on for years, it didn’t start with Governor Yahaya Bello.

“A returning member of the House raised the issue on the floor of the House in 2015. It will continue to be a raging issue till the right thing is done.

“How can Dangote claim he owns a company that was established by Kogi state government wholly? This is not done anywhere,” he said.

Abdulmumini decried activities of Dangote Group in mining sites where the company allegedly degrade the lands without incentives for the affected communities.

“If you stand on any highway in Kogi, be it in central, east or western axis of the state, it won’t take you five minutes before you see a Dangote truck ferrying either coal or cement. These trucks, aside causing a lot of havocs, wear out our roads.

“Go to coal and limestone mining communities in Ankpa and Oworo land and you will be astonished by the glaring neglect of the people there. Dangote is not adding value to these communities – no contribution to existing education or health infrastructures. Dangote has near zero corporate social responsibility in these host communities,’ he added.

Abdulmumini who represented Ankpa 1 state constituency in the 6th Assembly said it is on understandable that the people of Kogi state are not happy with Dangote Group having had to swallow bitter pills from the company for too long.