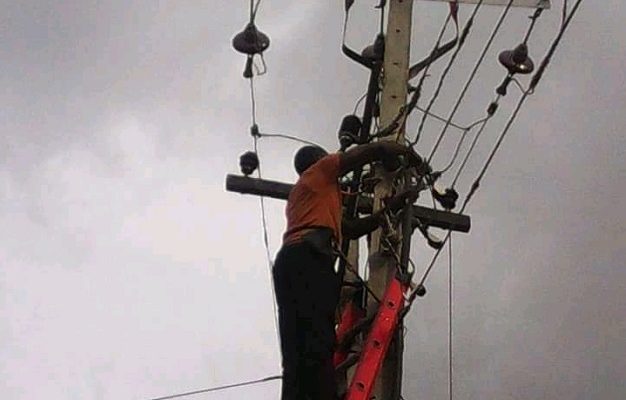 A magistrate court sitting in Lokoja has sentenced a staff of Abuja Electricity Distribution Company (AEDC), Mr. James Olayemi to six months imprison with an option of N50,000 fine for unlawful disconnection of electricity supply to a customer’s house in Lokoja, the Kogi state capital.

The Chief Magistrate, Tanko Muhammed, who pronounced the judgement on Thursday, also ordered for the immediate reconnection of electricity supply to the compound of the plaintiff, Mr. Dennis Osawota.

The complainant, Mr. Dennis Osawota, a retired management staff of National Inland Waterways Authority (NIWA), had dragged the defendant, Mr. James Olayemi, the marketing officer and the Regional Manager, Lamidi Obadaki, to court over the unlawful disconnection of electricity supply to his house.

He posited that even after payment of N370,000 for February bill, the AEDC staff still went ahead to disconnect electricity supply to his house.

Mr. Osawota alleged that the two officials of the electricity distribution company had violated his right contrary to Regulations 5 and 11 of the Nigeria Electricity Regulatory Commission (Connection And Disconnection Procedures for Electricity Services 2007) and punishable under Section 94 of electric power sector reform (EPSR) Act 2005.

According to the prosecution, the defendants, on March 10, 2020 along with others still at large, did “maliciously and unlawfully disconnected electricity supply to electricity metre with Account number 715718350 supplying electricity to the building being occupied by the complainant at No 1, NIWA Quarters, Lokoja, Kogi state.”

The first information report (FIR) read in part; “That you and others now at large on the 10th March, 2020 within the Magisterial District of this court, did conspire amongst yourselves to commit felony.

“To wit: Unlawful disconnection of electricity supply and thereby committed an offence punishable under section 97 of the Penal Code, Laws of Kogi state.”

Aruwa also submitted that the duo did conspire to carryout a disconnection of electricity supply to the premises of the complainant in spite of the fact that he did not default in payment of his bills and described the act as unlawful.

He urged the court to take cognizance of Regulation 10(8) of the Nigeria Electricity Regulatory Commission, Connection and Disconnection Procedures of Electricity Services, 2007.

However, the counsel to the defendants, C.P. Ocheja Esq. urged the the court to determine whether the prosecution had made out a prima facie case against the defendants to warrant the court compelling them to enter their defence.

Ocheja urged the court to strike out the case over presumed inability of the prosecution to establish a prima facie case against the defendants to link them with the alleged offences.

In his judgement, the Chief Magistrate absolved the Regional Manager of AEDC, Mr. Lamidi Obadaki, who is the second defendant, of any complicity on two counts charges of criminal conspiracy and unlawful disconnection of supply of electricity and was therefore discharged and acquitted.

The Chief Magistrate stressed that from evidence before him, there was no link between him and criminal activities of the first defendant.

Tanko explained that the first defendant, James Olayemi has been sentenced for running contrary to Sections 5 and 11 of the Nigeria Electricity Regulatory Commission Connection And Disconnection Procedures for Electricity Services 2007 and punishable under Section 94 of electric power sector reform (EPSR) Act 2005.

According the Chief Magistrate, the provision of Section 5 states that the electricity consumers are given maximum of 10 days for payment of electricity bill and 3months before disconnection could made after AEDC must formerly written to inform the customers of the impending disconnection.

“In view of evidence before me, the complainant has not be given such opportunity , therefore the first defendant is guilty as charged. I hereby sentence him to six months imprisonment and an option of fine of N50,000,” he stressed